1 Year Later: The investigation into the cause of the Creek Fire 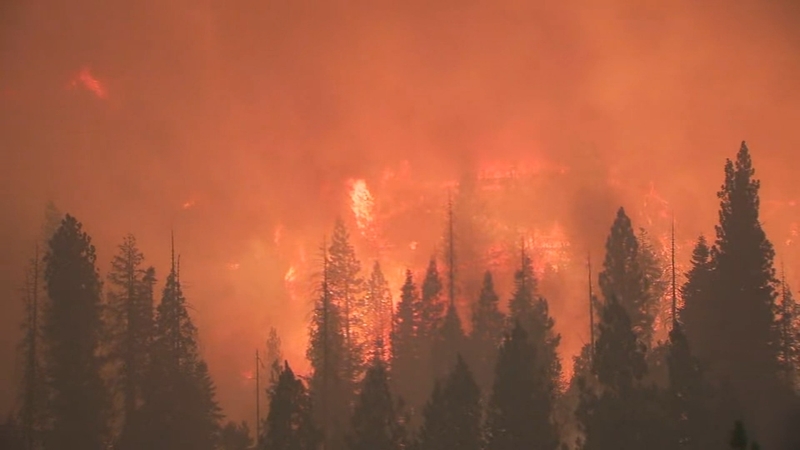 1 Year Later: The investigation into the cause of the Creek Fire

FRESNO COUNTY, Calif. (KFSN) -- At 6:30 pm on September 4, 2020, the start of Labor Day Weekend, a ribbon of smoke rose out of a remote and rugged section of Big Creek Canyon.

The smoke grew to a three-acre fire and quickly exploded into a monster wildfire that burned nearly 400,000 acres and damaged or destroyed more than 900 homes and structures.

Roy Hooper's family cabin in Camp Sierra stood less than one mile from the ignition point of the Creek Fire.

"We called it our little slice of Heaven," he said.

Hooper's cabin may have been one of the first structures consumed by the Creek Fire.

The flames wiped out the home where numerous family members made memories for generations.

"We didn't find out until Wednesday night that somebody came down to check on it and it was gone," he said.

Roy's cousin, Paige Addington, stayed at the cabin a few weeks before the fire started.

She remembers waking up several nights and hearing men's voices and the sound of a generator coming from the canyon.

Her adult son also reported running into what he called "scary people" down there.

"But I think they had a generator down there, and I think something failed," Addington said. "I think maybe there was a possibility it got overheated or something."

Paige's story feeds into a popular belief in the mountains that a pot farm is the origin of the Creek Fire.

But Forest Service investigators say there was no illegal marijuana operation nearby.

"They knew beforehand where the majority of the grows are, they went out afterward and saw no sign whatsoever of any grow site," says Sierra National Forest Supervisor Dean Gould.

Another popular theory on the cause of the Creek Fire claims a prescribed burn by the Forest Service escaped their control.

Gould says his federal agency doesn't do prescribed burns in September, especially Labor Day weekend when the forest is full of visitors.

"There was a fire restriction order in place for the public," he said. "We're not going to do a prescribed burn while the whole forest is under a restriction."

Gould describes the investigation into the cause of the Creek Fire as "exhaustive".

Arson and a lit cigarette haven't been ruled out but the most probable cause is a lightning strike.

"But of all the potential causes, it is the most probable because we were able to eliminate all of those others," Gould said.

"The closest correlation I can give you is August 29, and that's up around the Mono County area," he said. "Lightning did generate a fire on August 29, which is fairly close to September 4."

Kevin says severe weather also rolled through the Fresno County mountains two weeks prior to the start of the Creek Fire.

The investigative team for the Forest Service received lightning activity data from various sources that pinpointed several lightning strokes in the area weeks prior to the start of the Creek Fire and miles away from the canyon.

"We had quite a bit of thunderstorm activity come through the state as a whole in the window from August 11 to roughly about the 21st," Musso said.

The accuracy of those sensors detecting lightning is not 100 percent and the investigative report obtained by Action News states "it is possible that undetected lightning activity did occur within the Big Creek drainage".

The report also states "there is no data, evidence, or witness statements to support recent lightning activity in the area prior to the Creek Fire being reported".

"There was no thunderstorm activity up there on that day when that fire began," Musso said.

The most compelling evidence suggesting lightning as the probable cause of the Creek Fire can be found at the base of a twisted, charred and long-dead 150-foot Douglas Fir tree.

The first firefighter at the site of the Creek Fire's origin, as well as other witnesses looking down into the canyon, also spotted the single snag, a "candlestick" in flames at the top and it appeared the fire had climbed up the tree.

Using this information, investigators located the tree, cut it down and examined the blackened remains.

Forest Service photographs show a significant crack, or V-shape, that spirals down the tree to the base of the trunk, indicating a pathway for lightning.

Investigators then dug down to the roots, 15 inches below where the crack on the trunk met the soil, where they found charred root debris.

Nearby, they discovered scattered limbs and other debris from the tree, another indicator of a lightning strike.

The investigation team saw no other obvious signs of lightning-inflicted wounds on what was left of the tree.

The findings in this report beg this question:

Could lightning have hit a dead tree in a desolate area of Big Creek Canyon and smoldered there for days or even weeks without being detected, finally igniting under the right conditions and sparking the Creek Fire?

Gould suggests it could, saying there have been several new fire starts happen during the past month within the Creek Fire footprint that were from smoldering trees or root bases.

"Those were things that actually made it through the fire, through the entire winter and still retained enough energy to make through to the summer, where conditions were ripe enough to combust again," he said.

The official cause of the Creek Fire has been categorized as "undetermined," which the Forest Service says is not uncommon considering the complex nature of the wildfire.

Not having a definitive answer about the cause has been a source of continuing frustration and anger for many people who lost their property and possessions, including cousins Addington and Hooper.

"Something is fishy," Addington said. "I just don't buy the lightning strike."

"Give us some of the evidence and let us think about it for ourselves," Hooper said. "Is that a plausible explanation?"

Gould says he understands the anger and frustration and he plans to meet with more mountain community groups to answer questions now that the investigation is over.

He believes the clock is ticking to take action to get the forest to a sustainable state that will receive a positive review from everyone a century from now.

"Thank goodness they had the energy, resources and initiative to do what they did because look at this wonderful forest we have for our future generations," he said.

The new documentary "Mountain Strong: Surviving the Creek Fire" is a comprehensive look at one of the state's most significant natural disasters and how a community is coming together to build from the ashes.