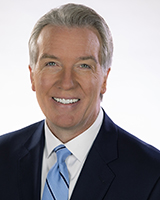 The Creek Fire roared to life less than a mile from Camp Sierra, a 100-year-old mountain community with dozens of private cabins.

FRESNO, Calif. (KFSN) -- The Creek Fire roared to life less than a mile from Camp Sierra, a 100-year-old mountain community with dozens of private cabins and a camping conference grounds with another 30 buildings.

Firefighters from the Forest Service, CALFIRE and nearby volunteer departments rolled in to defend all of it as everyone in Camp Sierra believed the three-acre fire in the canyon would soon be under control.

"The fire was below Big Creek and Camp Sierra, and they were putting lines between those communities, especially Camp Sierra, that was on that side of the Big Creek drainage," says Fresno County CALFIRE Assistant Chief Jim McDougald.

Within minutes, the smoke plume rising above the canyon changed to an ominous orange glow in the night sky.

By the time she and her husband finally packed up and left Camp Sierra, the fire had grown to a major threat.

"We had a friend that helped us load a few things in our car and he was about five minutes ahead of us on the road heading toward Shaver Lake," she said. "He sent me a text and said, 'If you're not right behind me, you're not coming this way because the fire was up to the road.'"

The late hours and heavy smoke grounded the air attack, so hand crews and bulldozers made a stand during the next three days to protect Camp Sierra.

"They were reluctant to leave the line because they knew that resources behind them for relief may not get there in time," says Fresno County CALFIRE Chief Dustin Hail.

"They know the significance of that location," says Sierra National Forest Supervisor Dean Gould. "They also knew what they were going to be up against with this incident and that they had to try and get as many treatments in place as quickly as they could."

The Creek Fire destroyed four cabins at Camp Sierra and the flames came within feet of others. It could have been much, much worse if not for the efforts of firefighters and what some residents are calling 'The Hand of God.'

Roy Hooper's family has owned a cabin at Camp Sierra for 60 years and it may have been one of the first structures, as well as precious memories, consumed by the flames.

"Looking forward to rebuilding and getting back up here," he said. "Right now, it's kind of tough."

Hooper and others at Camp Sierra say the Creek Fire was about to overrun the community during those first critical hours when the wind suddenly shifted as if guided by an unseen force and blew the fire back down the canyon, giving firefighters enough time to cut protection lines around the area.

"Things had to happen perfectly for us to be saved," Walzberg said. "Divine intervention? I'll buy that."

Walzberg showed us how the fire destroyed a deck at an outdoor chapel but never touched the pews or any other facilities. 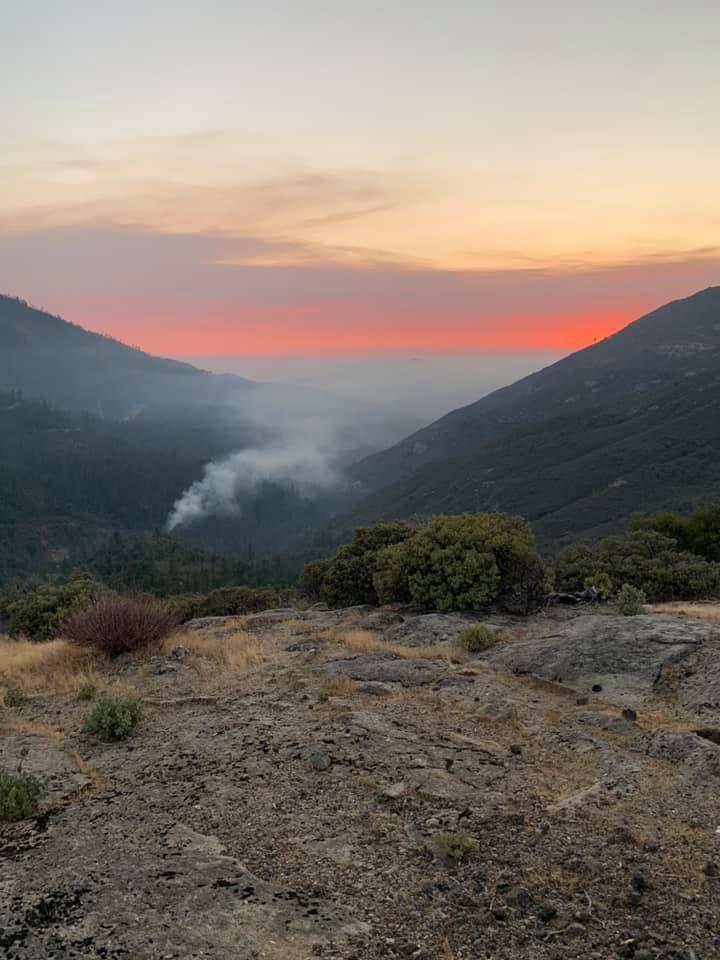 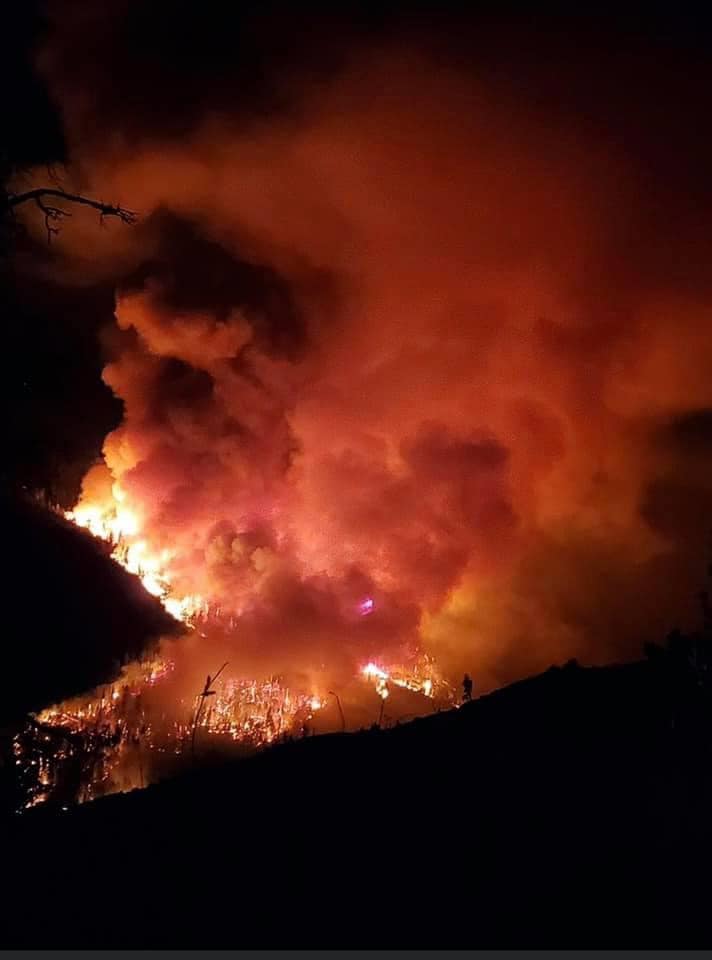 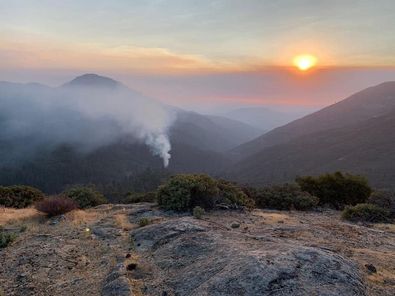 You can still find abandoned firefighting equipment in some yards -- a reminder that The Creek Fire spared Camp Sierra but the forest around it is gone.

"It's devastating but we're grateful for what we have," Walzberg said.

The flames came within a few feet on all four sides of Walzberg's cabin.

Her 10-year-old granddaughter, Emily, will now be the sixth generation to grow up in Camp Sierra thanks to those firefighters who stood their ground.

Hooper and his family have plans to rebuild their family cabin bigger and better.

But like many others who lost property, they're still coping with anger and frustration over the investigation into what caused the Creek Fire. 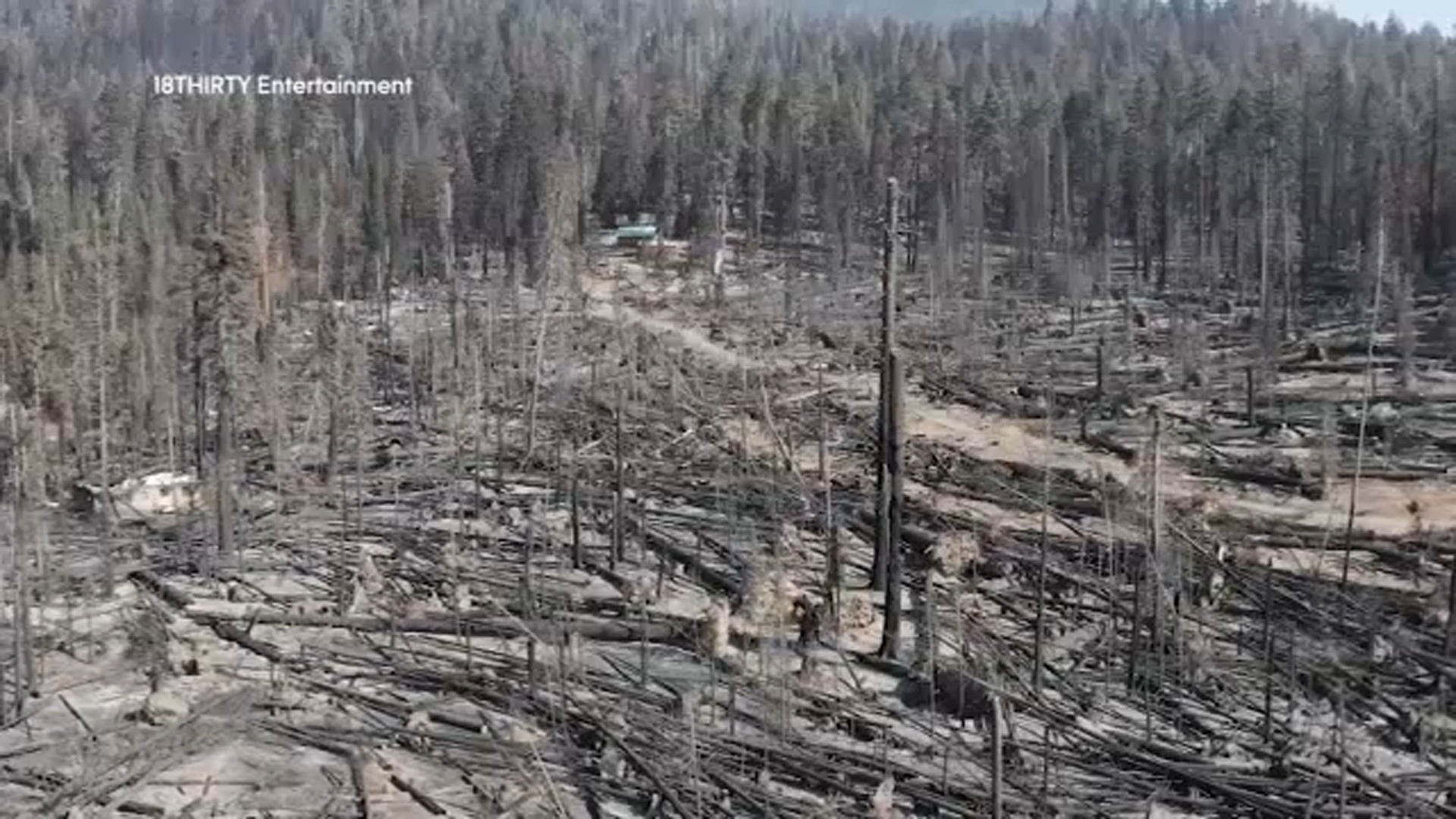 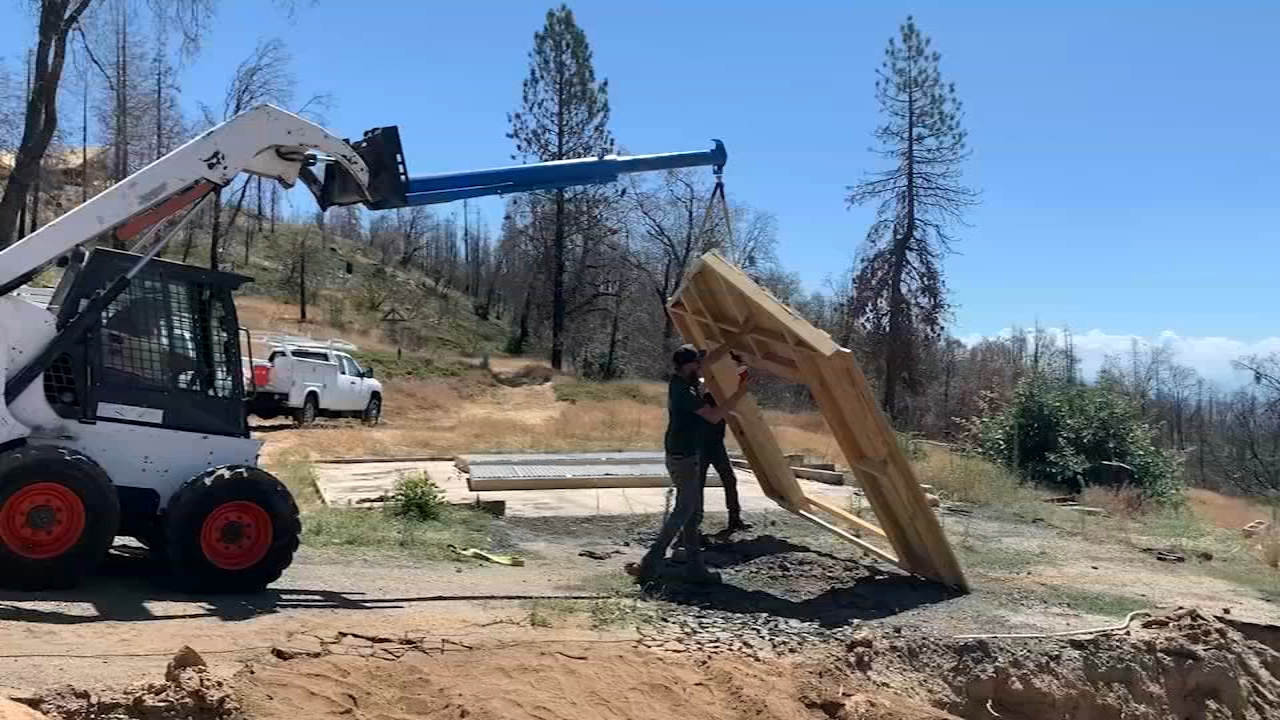 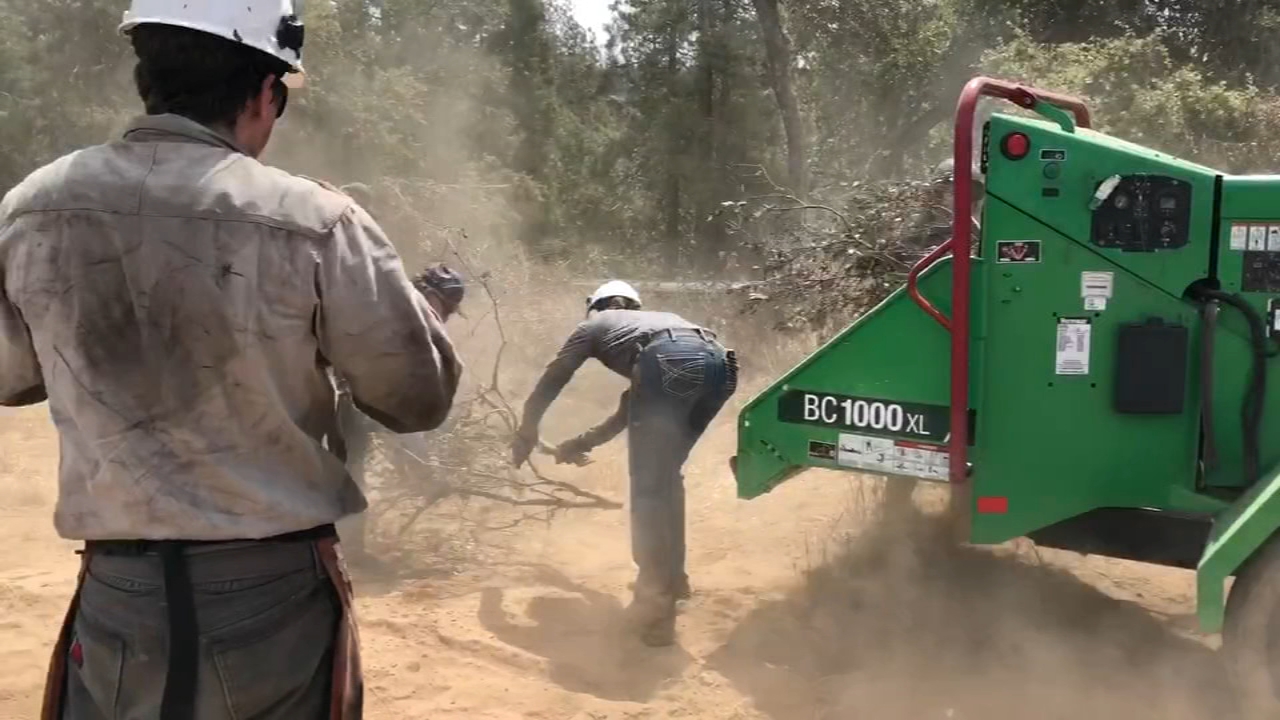 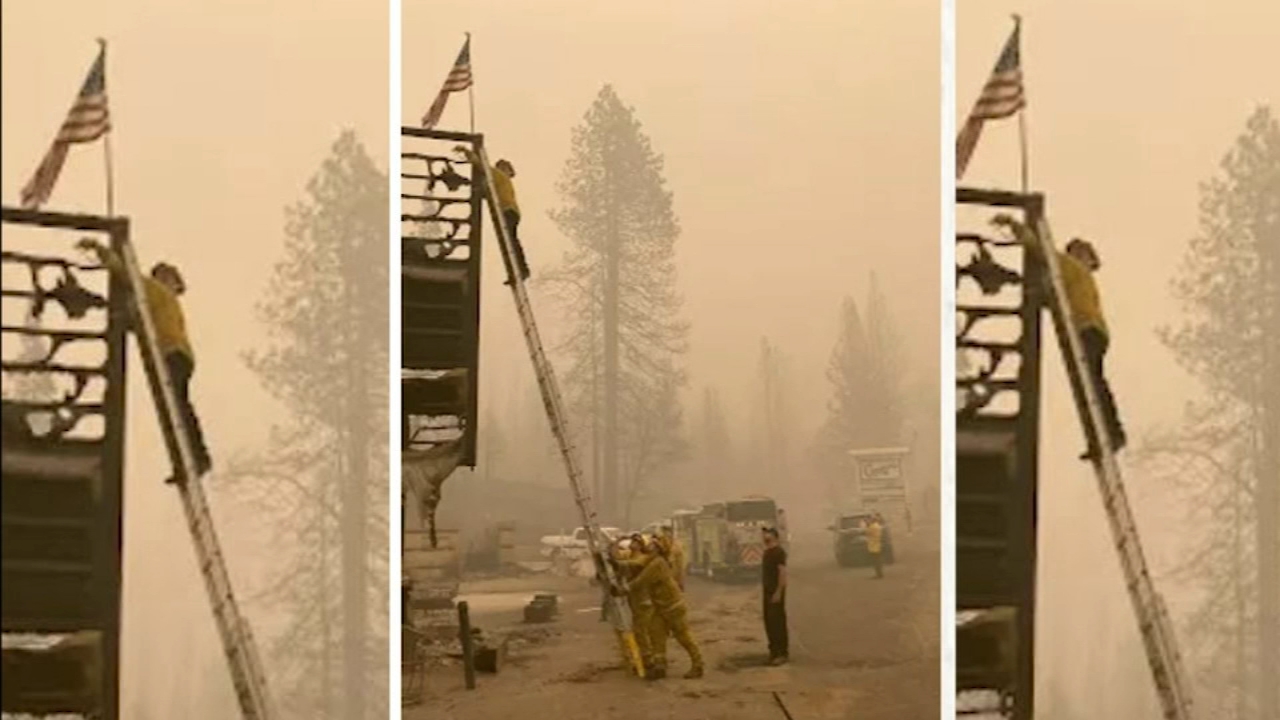