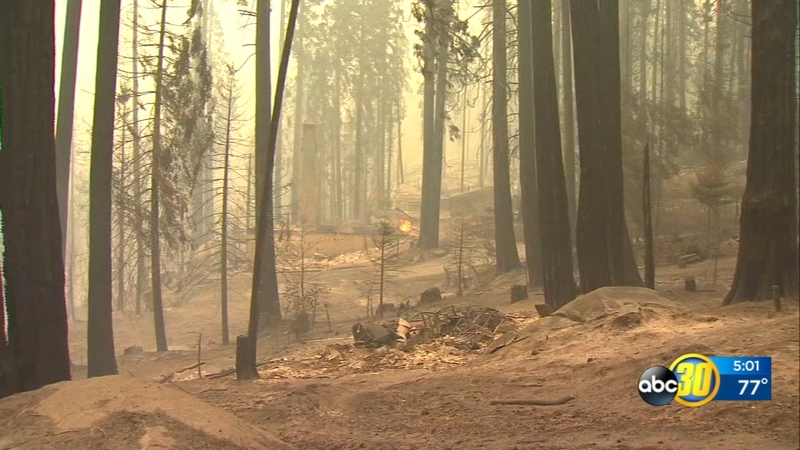 Homeowners say they're hitting a wall with their insurance companies over interpretations of their policies.

Fresno County leaders are also getting calls from victims who say they have been declined coverage by California's Fair Plan -- insurance that's supposed to cover high-risk homes.

Jennifer Taber's home is still standing but she says it smells so bad from smoke and rotten food that it's uninhabitable.

But so far, the coverage she's getting isn't what she says her policy included.

This small one-room studio with a kitchenette is where the Taber family of four has been living lately. It's the third motel they've lived in since they were evacuated from their home in the Shaver Springs area last month.

"We live in a home that's almost 1,600 square feet. And we live in the mountains so my kids are used to just like running outside, playing with their friends," said Shaver Springs resident Jennifer Taber.

Wide-open spaces are now cramped quarters. The Taber's are grateful their home is still standing but they cannot afford to pay to have it cleaned in its current condition.

"When we went into our homes, our noses were bleeding, we got headaches, we got nauseous, we were dizzy. Even at one point, my ears started bleeding," said Taber.

The smell of smoke and rotten food combined was breathtaking, in the worst way possible.

Pictures taken outside her home show the flames burned right up to their backyard. Patio furniture is covered in ash and dried embers.

Maggots invaded the refrigerator area, and spoiled food saturated some of the floorings. Even the toilet water turned brown.

But the Taber's were told the $11,000 estimate to clean, sanitize and repair their home would not be covered by the California Fair Plan, even though they have insurance for smoke damage.

"They are currently saying they will bring in ozone machines to deodorize the home, but they're not approving us to get it cleaned professionally," said Taber.

Supervisor Nathan Magsig is fielding calls from foothill residents, many who are finding out insurance companies aren't paying out what residents believed their policies covered.

Magsig is working with state lawmakers to troubleshoot many of these issues. Taber says there's no way she can go home without the entire place being disinfected thoroughly. Some home furnishings she says will need to be fresh and new.

Taber is still appealing to her insurance company to cover these costs but she knows her story is not unique.