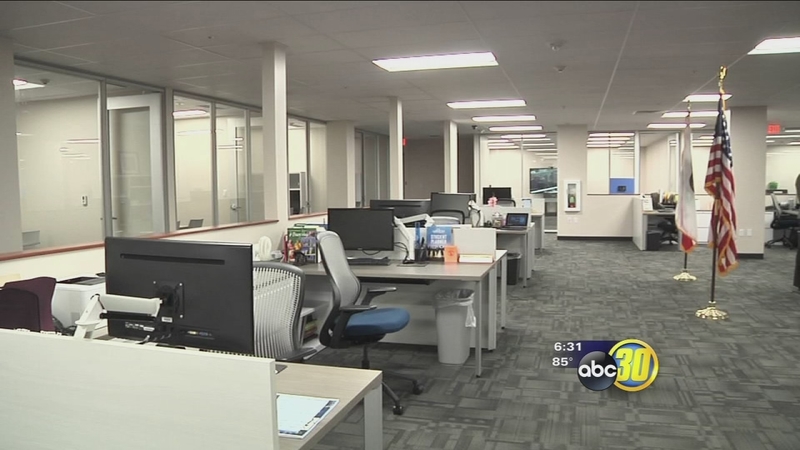 FRESNO, Calif. (KFSN) -- The expansion of a charter school could be a sign of things to come for Manchester Center in Central Fresno.

Inside the Manchester Center, there was hope and one energetic teenager named Tayler Phillips. She's a junior at the new and improved Crescent View Charter West High School. The school was already in the mall but was relocated to this much bigger space to take in more students.

On Thursday, the school opened the doors for a ribbon cutting. There were conversations of how many disengaged kids will be saved from dropping out. Stories of success being told and what this could mean for everything on the other side of this wall

On this side, there's a lot less going on. What once was seems to be forgotten this is where a bit of that hope comes in. Some believe the charter school is the key to change.

"When they come in, the entire area improves and as a result you have foot traffic that goes to the stores. The stores now start making money, new people come in and open new stores," said Larry Powell, Fresno County Superintendent of Schools.

The mall's general manager, Moe Bugunu, he said there are even more plans yet to be announced that include renovations. They also plan mixed space for new retail stores on the bottom and offices on the upper level.

"We've had to reinvent and do some other things that are very innovative for the shopping center."

Bugunu said the move makes Crescent View an anchor for the Manchester Center, but for Phillips it is so much more.

"Honestly, without this place, I wouldn't be getting far. I wouldn't do much."