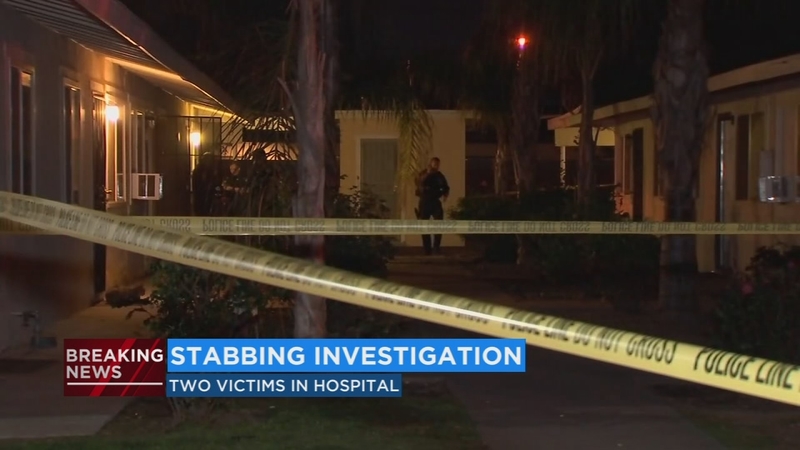 FRESNO, Calif. (KFSN) -- Crime scene investigators are now going through an apartment complex to piece together exactly what happened.

They are processing the scene and collecting evidence, while detectives are going through gathering statements from neighbors and family members trying to find out exactly how many people were involved.

Fresno Police was called out to the apartment complex at around 8 p.m.

When they arrived they found two stabbing victims, both in their 20's.

One had severe injuries, including stab wounds to his neck and chest. The other had non-life threatening injuries and both were taken to Community Regional Medical Center.

Police say witnesses are being cooperative saying this was an ongoing feud between neighbors in three separate units that turned physical.

At some point, at least one knife was pulled as two men were fighting and others stepped in.

Police say they are still trying to determine who was armed with what.

They say there is no reason to believe that drugs were involved and say this is not gang related.