The speeding driver died at the scene. The woman driving the other car was rushed to the hospital with major injuries.
KFSN 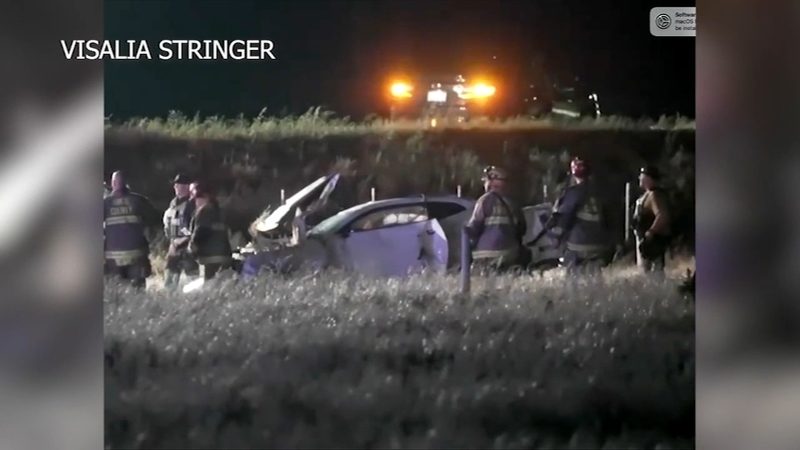 KINGS COUNTY, Calif. (KFSN) -- The California Highway Patrol is investigating a high-speed pursuit that ended with a deadly crash in Kings County.

According to the CHP, it happened on Friday night after 10 pm on Highway 198 near 6th Avenue.

Officers say they tried to stop a driver in a Chevy Camaro speeding in the eastbound lanes but he refused to pull over.

They say the Camaro was driving faster than 100 miles per hour.

As the vehicle neared 6th Avenue, the driver lost control, overturned, and crashed into the back of another car.

The two cars went down an embankment on the side of the highway near Avenue 11.

The CHP says the man driving the Camaro was likely not wearing a seatbelt. He died at the scene.

The woman driving the other vehicle was rushed to the hospital with major injuries.

"Almost 50% of our fatalities involve unrestrained occupants and there's a direct correlation between the survivability of a collision and being properly restrained," said CHP Sgt. Brian Pennings.

He said they're waiting for the toxicology report to determine if drugs or alcohol were a factor in this crash.