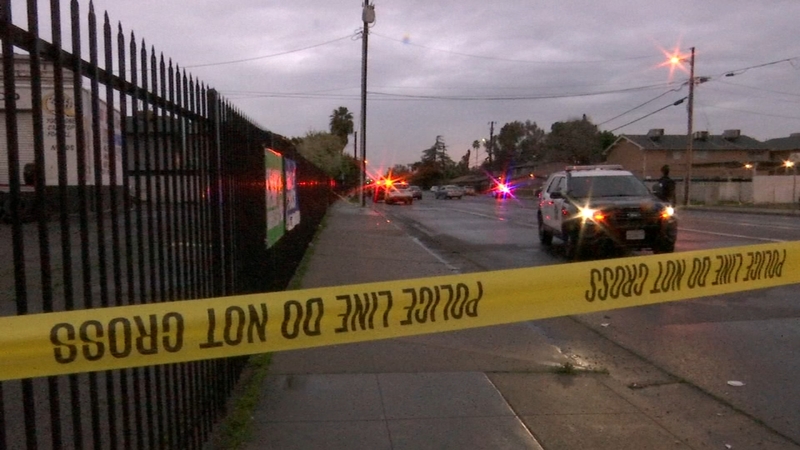 FRESNO, Calif. (KFSN) -- A party that started with drinking and ended with a deadly shooting is at the center of a court case.

Prosecutors say Christopher Valdez pulled the trigger at an apartment complex in February.

Witnesses say they woke up startled by the sound of gunfire and watched as some in the crowd jumped fences and got in cars to leave the complex.

Homicide detective Melanie Mayo was called to the scene shortly after the murder that happened just before two in the morning.

Andrew Valdez, the victim, is not related to the suspect- although they have the same last name.

When Detective Mayo got close to the victim, she saw evidence all around him.

"There were expended cartridge casings in the parking lot, near his body. I believe there was a grouping of six," she said.

She also found one shell casing next to his body. Officers don't know what led to the dramatic ending to the party. Witnesses said the suspect and victim were talking and hanging out before the shooting.

Fresno Police officer Nathan Cruz was the first to respond to find several people trying to help the dying victim.

"I observed a male, he was lying on his back- red shirt, jeans, and red shoes. Appeared to have what appeared to be gunshot wounds to his chest," said Cruz.

Mark Broughton was hired to represent the defendant, Christopher Valdez.

He contends that several others people at the party were dismissed as suspects and police are accusing the wrong man of being the shooter.

Officers say both the victim and suspect have gang ties, but the charges do not include any gang enhancements.