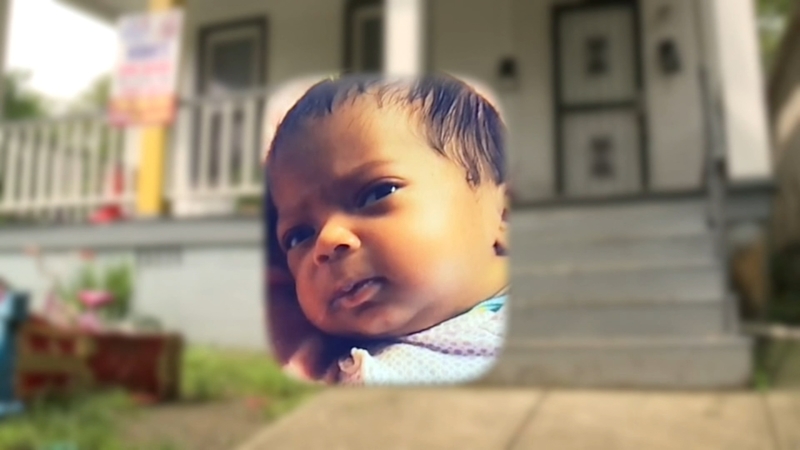 CLEVELAND, Ohio -- Police are investigating after a mother says she picked up her infant daughter from daycare, but found her unresponsive.

Bush says she texted the daycare provider Danielle Townsend at about 2 p.m. to let her know she was coming to pick up her daughter. Townsend said that she wasn't there, but her sister was.

Raleigh police are investigating after they say a 10-month-old baby choked to death on a pine cone.

When Bush arrived at the daycare, Townsend's sister greeted her at the door with Di'Yanni.

"I knock on the door, go in there and she told me my baby was breathing heavy," Bush said. "I say, 'Why didn't you call?' She had no answer."

Bush said that the sister didn't know where Di'Yanni's bottle was.

Authorities say an infant has died after being left in a hot van for hours outside a Florida daycare. The Jacksonville Sheriff's Office posted on Twitter that the 5-month-old girl was discovered Wednesday afternoon outside a Jacksonville daycare facility.

Bush lives in the unit above the daycare and started to go upstairs when she noticed that Di'Yanni was not responding to her. She ran back down to the daycare and asked the woman for help.

"Why aren't you trying to call police?" Bush said about the sister.

Bush and her daughter were taken to the hospital in an ambulance, but Di'Yanni was pronounced dead.

Josh Einiger has more from Whippany.

According to WEWS, representatives for the daycare have posted comments on social media claiming that Di'Yanni was sick.

The owner of Nana's Home Daycare Danielle Townsend insists she is not to blame for the death of a two-month-old who died after spending several hours there on Tuesday.

"I would never harm anybody's baby," said Townsend. "I have a child of my own."

State investigators have determined that Di'Yanni died at the daycare, supporting Bush's claim that one of its employees handed Bush an unresponsive baby.

A look into state inspection reports shows the daycare had been cited earlier this month and was found to be non-compliant in 20 areas.

Inspectors also found hazardous conditions in the outdoor play area, including broken glass, poison ivy and visible mold. The inspection report states that the sandbox was "contaminated." The home's porch had a hole large enough for a child to fall through. Groundhog holes were so prevalent that the front yard needed to be blocked off to prevent children from going near them.