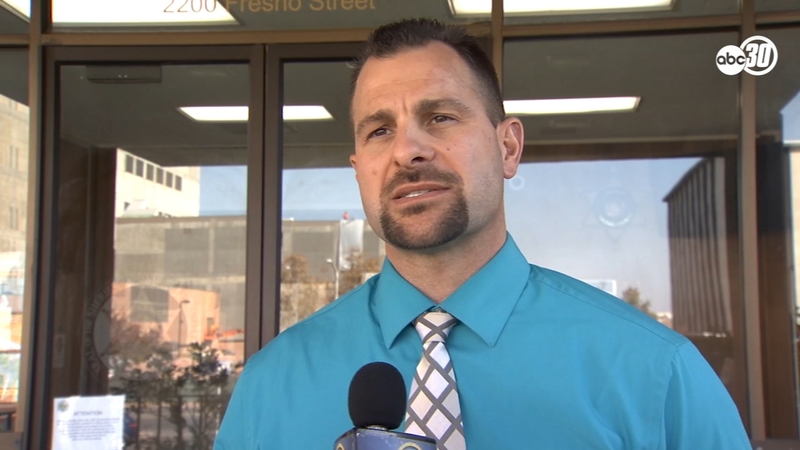 FRESNO, Calif. (KFSN) -- The Fresno County Sheriff's Office is shedding some light on a dispute that led to a rancher shooting and killing a man's dog on his Fresno County property on Wednesday.

The dog's death has led to a flood of criticism and some threats directed at the man who pulled the trigger.

According to Tony Botti with FCSO, deputies got a call at about 10:30 in the morning on Wednesday from a man who reported that one of his French Bulldogs had been shot and killed by a rancher on E. Copper Ave., north of Clovis. The man was reportedly taking his dogs for a morning walk and ended up on the rancher's property.

"He got onto some property that he should not have been on, it was trespassing," Botti said. "In fact, he used a combination that he had prior knowledge of to unlock a gate and get on there."

Through their investigation, FCSO learned that the rancher approached the man and asked him to leave his property, fearful that the dogs (which were off their leashes) could frighten his cattle. The rancher told the man he may have to shoot the dogs.


"A short time later, something transpired to where the rancher felt that the dogs were creating a hazard to his cattle, so he did pull out a rifle and shot and killed one of the dogs," Botti said. "He fully admitted that he was trespassing, he had no right to be there. And he initially claimed that he worked for a company who had access to that property, and that's the reason he was up there was doing some work. We called that company and found out that this man actually no longer works for that company."

In a social media post that has since been deleted, the owner of the dogs shared his side of the story, saying he was complying with the rancher's orders when his dog was shot and went on to ask for justice for the animal.

That post led to heavy backlash and threats against the rancher, according to the sheriff's office.

"You know, it's really unfortunate to see the way this is playing out... It's really the ugly side of the internet, that instead of taking some personal accountability, you have this man who's inciting hate with the rest of the people in the community and they don't have a full context of what happened," Botti said. "So we really urge people to not believe everything they see on the internet."