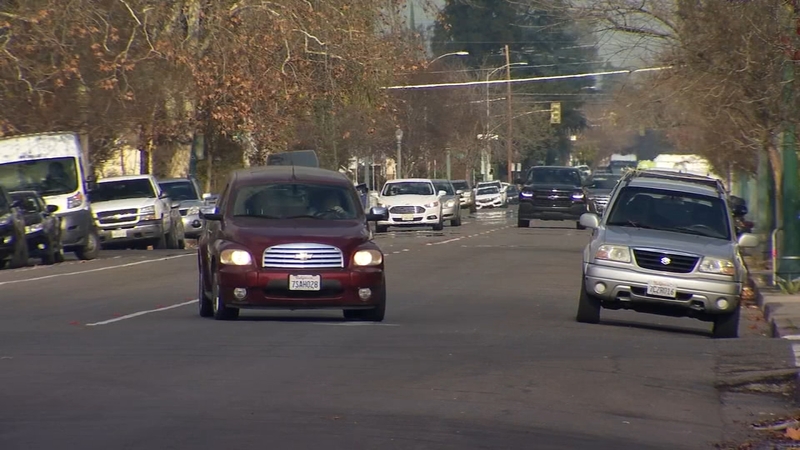 FRESNO, Calif. -- The state is cracking down on distracted drivers. If you're caught using a cellphone while behind the wheel, be prepared to pay the consequences.

"They're going to start implementing points on your driving record, similar to a moving violation for utilizing your cellphone or anything while driving your vehicle," Anthony Daulton of CHP said.

The new law says drivers will be assessed a point against their driving record for violating California's hands-free law within 36 months of a prior conviction for the same offense, beginning July of 2021.

"So basically what a point on your record does is they add up," Daulton said. "Once they get to a certain point after one year and four points, your license gets suspended. After two years and six points your license can get suspended."

Another new law that takes effect will allow bicycles to travel straight through a right or left-hand turn only lane while at an intersection.

"What that's doing is essentially making it to where bicyclists don't have to threat the needle in between the straight line and the right lane if they want to proceed straight," Daulton said.

This means motorists must pay extra attention to anyone on a bike. Bicyclists can be easily missed when sharing the road with vehicles.

"The inherent danger for a bicyclist versus a motorist, it's way higher for the bicyclist," Daulton said. "So what this law does it gives them a little more space in regards to traveling with the vehicles on the road."

Also beginning January 1st, California peace officers can only use deadly force if it's necessary to protect against an imminent threat of death or serious injury.

The law previously allowed officers to use deadly force when they thought it was reasonable.

"Now that this is out, it's going to be upon all of our agencies to ensure that the information gets decimated appropriately," Daulton said. "And we're all trained appropriately in regards to any of the nuances that may have changed."