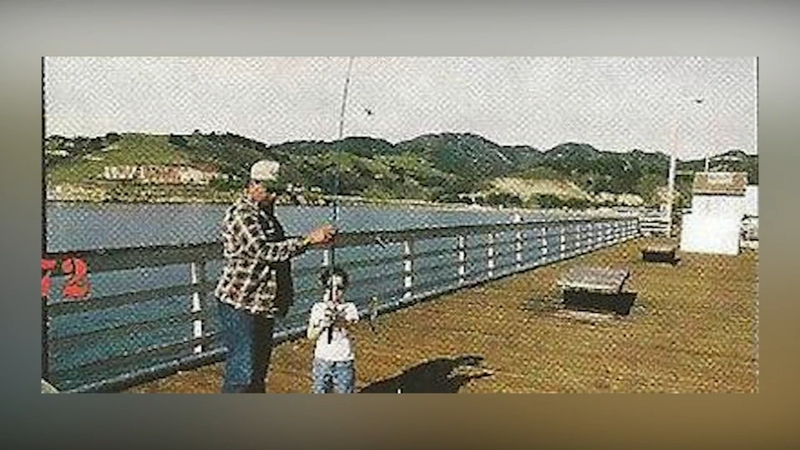 FRESNO, Calif. (KFSN) -- A Kerman father died Thursday night when an alleged drunk driver ran a stop sign and crashed into his dump truck at Church and Brawley, west of Fresno.

Jeff Nazaroff was about a football field away from his work site when the crash killed him.

He had also lost a 14-year-old son in a drunk driving collision 14 years ago.

The workday was almost done for Nazaroff.

The 59-year-old needed to navigate one last intersection to get his dump truck back to home base.

But a Jeep didn't stop.

"The Jeep broadsided the truck," said CHP officer Sean Duncan. "The truck was pushed off the roadway into a front yard of a residence where the truck hit a tree. The driver of the truck sustained fatal injuries while the driver of the Jeep, she didn't have any injuries at all."

Nazaroff was a huge Fresno Grizzlies fan and a season ticket holder who planned to be at Chukchansi Park Friday for Opening Day.

Instead, his wife is planning his funeral.

She's done this before, in 2008, when their son, Tommy, died in a drunk driving crash in the Kerman area.

Calderon wasn't even supposed to be driving any more after an arrest for DUI just two months ago.

"She has not been convicted of that charge yet, it hasn't gone through the court system," Duncan said. "However, she was driving that vehicle without a license. It had been suspended."

Neighbors say the crash could've been worse, but a tree in front of the house on the corner protected six people inside the home.

Neighbors are hoping the county will step in to protect them now at an intersection where the CHP has recorded 20 collisions in the last 11 months.

Mallory Rainier says a four-way stop sign could be a start.

"It might help," she said. "Hopefully it would slow people down some. Obviously last night the stop sign didn't make any difference."

Because she hasn't been convicted of her February DUI, attorneys tell Action News that prosecutors probably won't be able to charge her with murder.