Measure A is a $335 million bond that would upgrade, expand and build new campuses in the district.

When Young Elementary opened in August, student enrollment was at full capacity.

Clovis Unified Superintendent Eimear O'Farrell said that illustrated the district's explosive growth and why Measure A was needed to ease overcrowding.

O'Farrell explained, "When we built Clovis East and Clovis North, we built those high schools when we were about 4,000 students over in enrollment. Right now as we currently stand today, we're 6,000 students over."

Modernization projects at 11 campuses, including Clark Intermediate, would be funded by the bond.

All campuses would get new one-touch locking systems and an air filtration upgrade.

Measure A would maintain the district's $60 tax per $100,000 of assessed value for homeowners.

O'Farrell said, "In essence, we are looking to make sure we that we continue to have room for our students as the district grows."

Back in March, Measure A failed but Clovis Unified was trying again.

This latest version wouldn't add any new taxes, but the Fresno County Lincoln Club has come out in opposition of all school bonds on the ballot.

Mike Der Manouel of the Lincoln Club said, "We just feel like, with economic uncertainty, we don't think anybody should be taking on debt right now. We think people should wait and see what the state of California does with its tax plan."

Measure A would also fund new middle and high schools at the proposed Terry Bradley Educational Center to serve expanding neighborhoods in the southeast portion of Clovis Unified.

But Der Manouel said, "I think there's an open question as to whether or not we're going to have jam-packed facilities in public schools based on what we've seen with the COVID-19 pandemic. We could have a hybrid model forever,"

If the bond fails, O'Farrell said families could see boundary changes and double sessions in the district.

She added, "Year-round is one of those options. We recognize it is not ideal for our community."

Measure A would need 55% of the vote to pass in November. Back in March, it garnered less than 50% of the vote.
Report a correction or typo
Related topics:
educationclovisbondseducationclovis unified school district
Copyright © 2020 KFSN-TV. All Rights Reserved.
CLOVIS UNIFIED SCHOOL DISTRICT 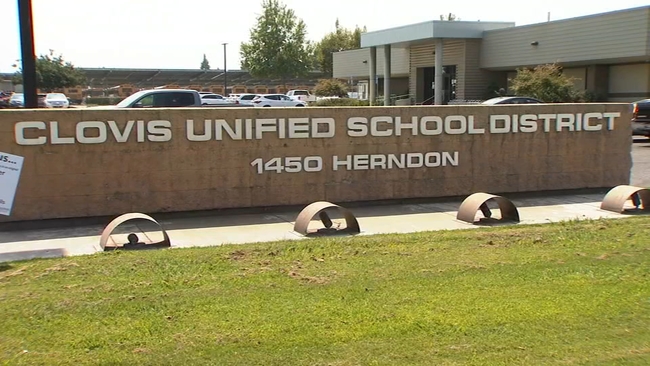 Why some schools can reopen campuses in Fresno County 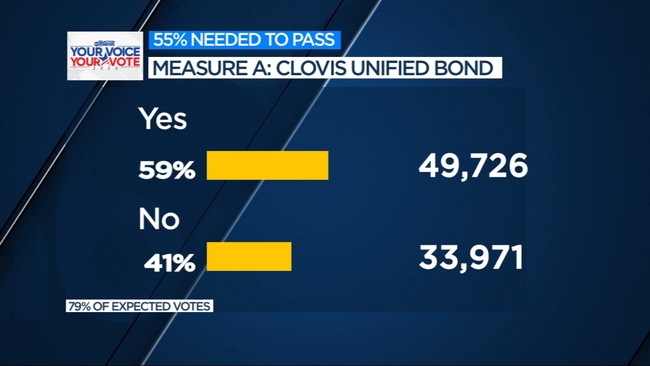 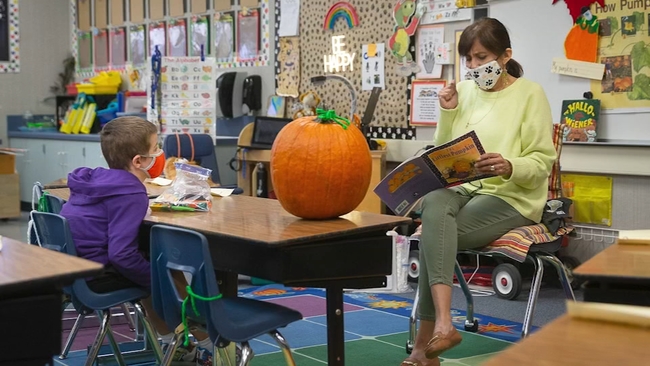