Vote by mail underway in California: How many get rejected? 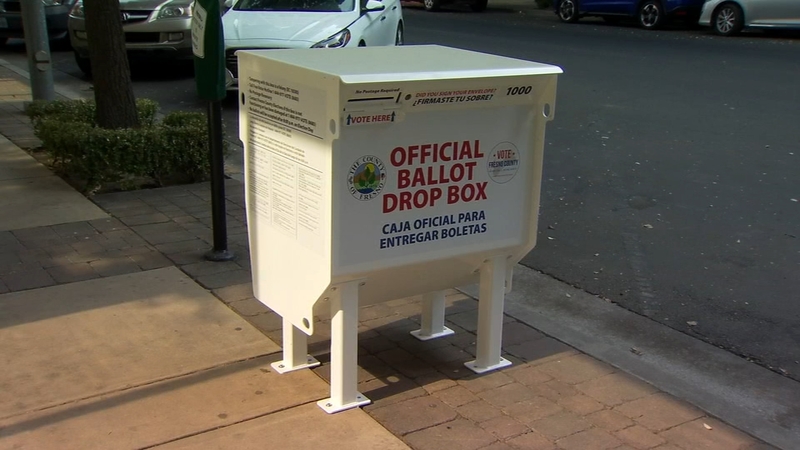 Vote by mail underway in California: How many get rejected?

This year's election will lean heavily on mail-in ballots because of the coronavirus.

64 steel boxes are open for voters to drop off ballots across Fresno County as of Monday.

Election officials will collect votes from the 700-pound boxes at least every four days from now until October 24, when they start daily pickups.

It's a big operation, but elections clerk Brandi Orth says the county is prepared.

"The state of California has been doing vote by mail in large volumes for many many years," she said.

App users: For a better experience, click here to view this in a new window

President Trump has cast doubt about fraud with these ballots, and Fresno County's GOP chairman Fred Vanderhoof agrees this year is different because everyone in California is supposed to get a ballot in the mail.

"This is different where you're just sending mail-in ballots carte blanche to millions of people across the country and there's no chain of custody," said Vanderhoof. "There's no way of determining who gets them."

The main preventative measure is the mandatory signature on the back of the purple ballot envelope, which they compare to the signature in your voter registration file.

"If, after multiple levels of computerized and human review, it is determined the comparison still isn't good, then the election official will mail you a letter saying you have an opportunity to cure your signature," Orth said.

In March, she says Fresno County sent out 2,544 letters because envelopes had "no signature" or a "mismatched signature" and offering voters the chance to fix it.

Only 527 ballots didn't get fixed and never got processed, so they rejected about 0.3% of ballots.

Our analysis showed the county rejected about 1% of vote-by-mail ballots in 2016, but you can make sure yours gets counted, especially if you cast it early.

Once you drop off your ballot, you can track it online. The state provides a service called "Where's My Ballot?" to follow it until it's counted.