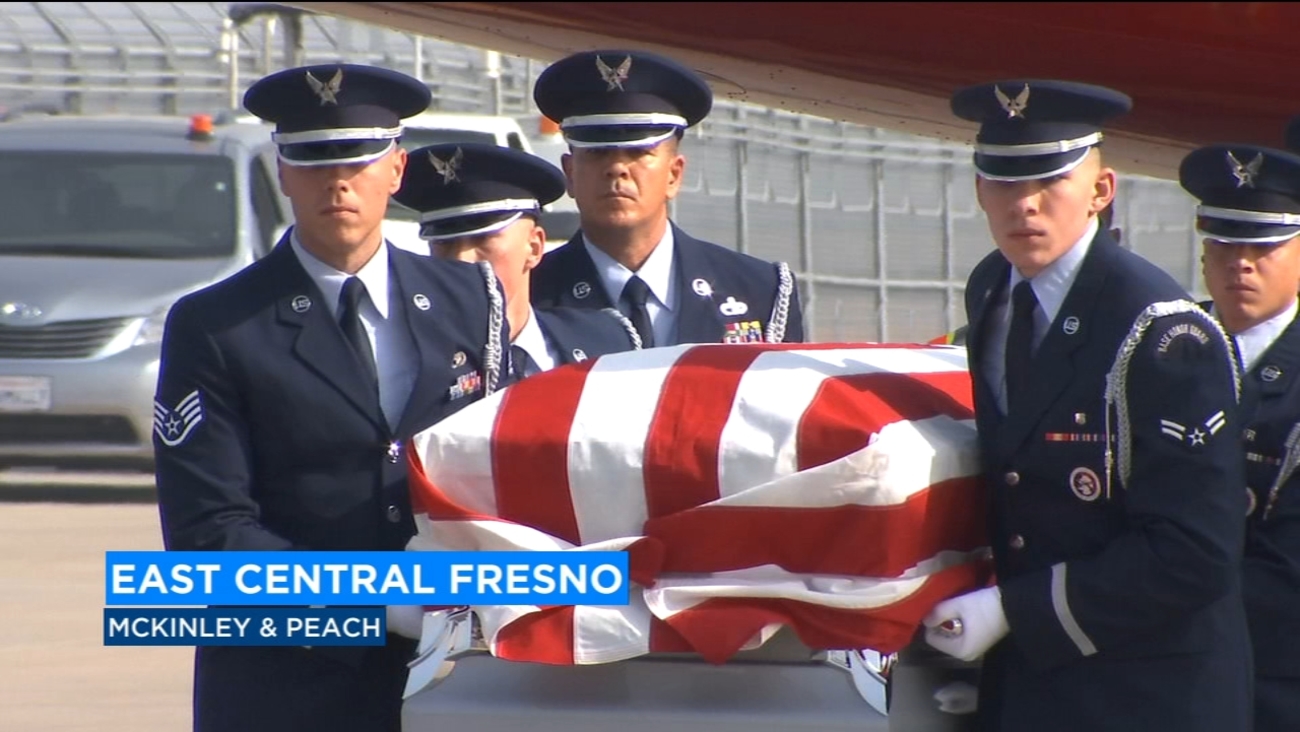 The Central Valley native and Fresno airman was killed one month ago after his fighter jet crashed overseas during a joint military exercise.

The Central Valley native and Fresno airman was killed one month ago after his fighter jet crashed overseas during a joint military exercise.

On the tarmac at the Air National Guard base in Fresno, Lt. Colonel Nehring was brought home.

Members of his 144th fighter squadron giving their final salute to the man known to many as "Jethro."

As they carried his flag-draped casket to the hearse waiting nearby, Nehring's family stood feet away, taking in the emotional homecoming before his memorial service inside the hanger.

The beloved airman was killed back in October when his fighter jet crashed during a training exercise in Ukraine.

But his journey began here in the Central Valley where he attended Clovis High and played water polo.

After graduating, he enlisted as a crew chief before being selected as a pilot.

Commander Daniel Kelly echoing those sentiments, saying Nehring who flew both the F-16 Viper and the F-15 Eagle could connect with everyone.

"It is that relationship he was able to build that really made him a huge part of our family," 144th Fighter Wing Cmdr. Daniel Kelly.