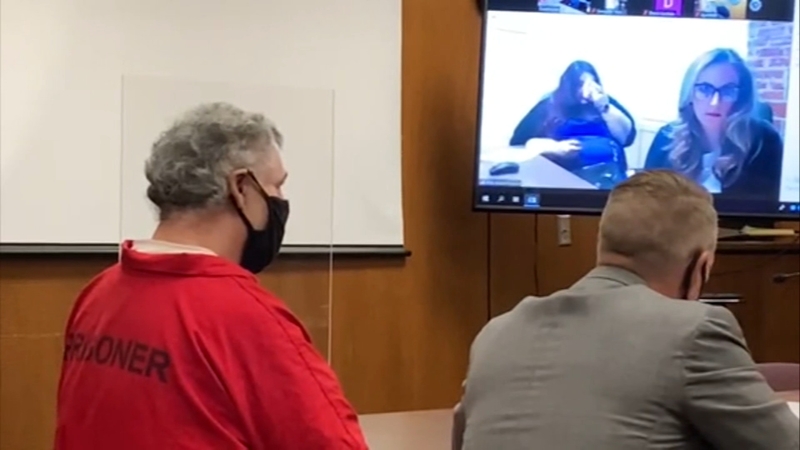 FRESNO, Calif. (KFSN) -- A Fresno County man with a long history of violent crime and mental health problems nearly got a chance at freedom despite a new robbery case, but a judge says the man's own words made it impossible.

Michael Gonzalez is no stranger to the jail jumpsuit he wore Wednesday. His criminal history dates back to the 1980s.


Among his crimes was rape by force against a person who was disabled.

The judge in his latest felony case read what Gonzalez wrote in a note after his conviction.

"In that note, he did not display any remorse whatsoever for his actions," said Judge David Gottlieb. "Instead, he completely blamed the victim. Took no responsibility whatsoever for it."

Gonzalez now stands accused of a robbery near Easton, a possible third felony strike on his record.

But the judge was ready to send him for mental health treatment and possible probation instead of prison until he wrote some new notes.
Family members told the judge they felt threatened in letters Gonzalez wrote from the Fresno County jail.


"I'm convinced after seeing the letters that he has written that he will be a disaster if I were to place him on behavioral health court," Judge Gottlieb said.

Doctors have diagnosed Gonzalez with bipolar disorder and schizophrenia.

Records show his mental health problems date back to early in his childhood.

His attorney says the 60-year-old has never had the support he needs to stay on track out of custody.

"He was found in a gas station smearing feces on the wall and covering himself," said public defender DJ Brickey. "How can a person suffering from that kind of mental illness be expected to comply with any rules, whether they be court rules, social norms or otherwise? Mr. Gonzalez, without medication and structure, will criminally offend again."

Brickey says the state needs locked facilities where they treat people like Gonzalez, stabilize them, then release and monitor them.

Prosecutor Selena Farnesi pointed out Gonzalez has had a couple chances at housing for people who need mental health help and lost his spot both times because of new arrests.

With no more shot at probation, Gonzalez withdrew his plea and rejected the judge's offer of a 10-year prison sentence.

He's due back in court in May for trial and if he's convicted, he faces a punishment of more than twice as long.
Report a correction or typo
Related topics:
fresno county
Copyright © 2021 KFSN-TV. All Rights Reserved.
More Videos
From CNN Newsource affiliates
TOP STORIES