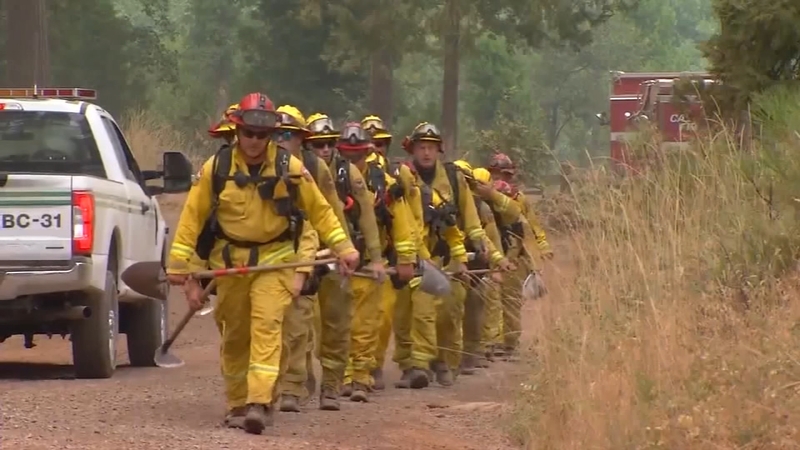 As the Ferguson fire reaches its third-week crews are in full suppression mode as they continue to build up containment lines and work to protect structures around the Forest and Yosemite West areas.

"Fire is always changing every day based on what's happening out there on the line," said Fire Information Officer Cheyenne Warner.

The conditions improved enough for evacuation orders to be lifted in the area.

However, the fire spread overnight as overall containment dropped to 38 percent on Monday.

"The last couple of days there was a lot area here that was unburned. Inside the containment lines it's actually burning out and that's actually a good thing for firefighters on the ground," said Warner.

Officials say when those forest fuels burn it helps with the potential for flare-ups.

A small victory firefighters can claim as they also deal fire fatigue from long days on the lines and unforgiving terrain.

"You will potentially see some fluctuation in our firefighter numbers, as crews come out after 14 to 21 days to travel home to get their needed rest and new crews coming in to replace them. We're talking crews, engines, dozers all those things," said Warner.

At the incident command center, a memorial is on display for the two crew members lost while fighting the Ferguson Fire.

A constant reminder for crews just as 11 more firefighters have been injured since the blaze first sparked on July 13th.

"I see a lot of people come in and stop reading those things remember. Take some time with the crews to remember what we're doing together as a firefighting community," said Warner.