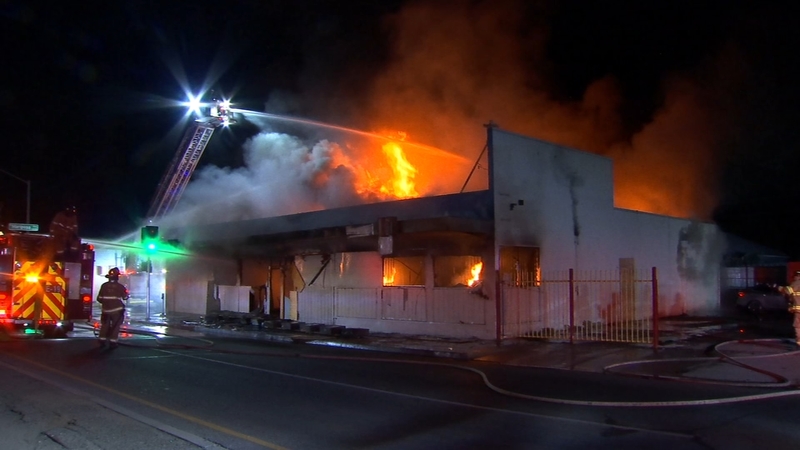 FRESNO, Calif. (KFSN) -- The Fresno Fire Department is investigating the third fire this year at a vacant building in central Fresno.

The fire broke out just before midnight in the area of Belmont and Mariposa at a building that used to be the old "Vac and Sew."

Firefighters say it started on the southwest side of the building.

They had to remove the wood siding to get to the flames.

Around the same time, crews were battling an apartment fire in east central Fresno that took a toll on the fire departments resources.

"It puts us pretty thin. If there was another incident, it would take a while to get resources there and you'd probably have some of these same crews that have been working already all night having to respond out there too," explained Fresno Fire Battalion Chief Mike Gilbert. "It really puts a strain on the system."

The former "Vac and Sew" building was vacant and boarded up.

No one is reported to have any injuries.