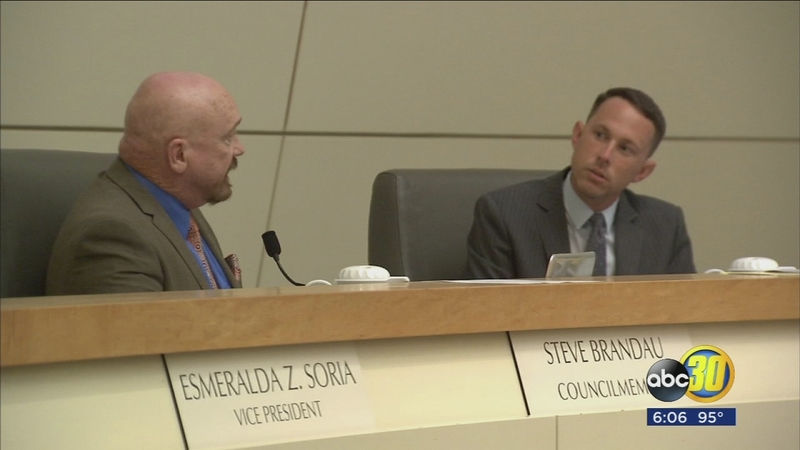 FRESNO, Calif. (KFSN) -- For the second time at a Fresno City Council meeting, there is no decision for a marijuana cultivation ordinance.

The proposed law would limit city residents to grow up to six pot plants in their own home. Anything more and they face a $1,000 fine per plant.

"If you're voting against this, you're not concerned with people growing 60 plants in their home," said Garry Bredefeld, Fresno City Councilmember.

It would also place a restriction on the wattage you can use for lighting to stop people from overloading circuits; another point of contention between feuding members on the council.

"I had to laugh because you said anybody who votes against this welcomes fires. I'm going to vote against this and I condemn fires," said Clint Olivier, Fresno City Councilmember.

At the last City Council meeting the vote was split and didn't pass. Thursday, there weren't enough votes to pass it either-- mostly because of the restriction on the number of plants people can grow.

"How many plants do you think is moral and right," asked Olivier.

Olivier responded, "Then why are you voting to allow people to commit evil?"

"The state of California has said that six plants are allowable," responded Brandau.