California Highway Patrol officers are investigating a deadly two-car crash that occurred outside of Sanger.
KFSN 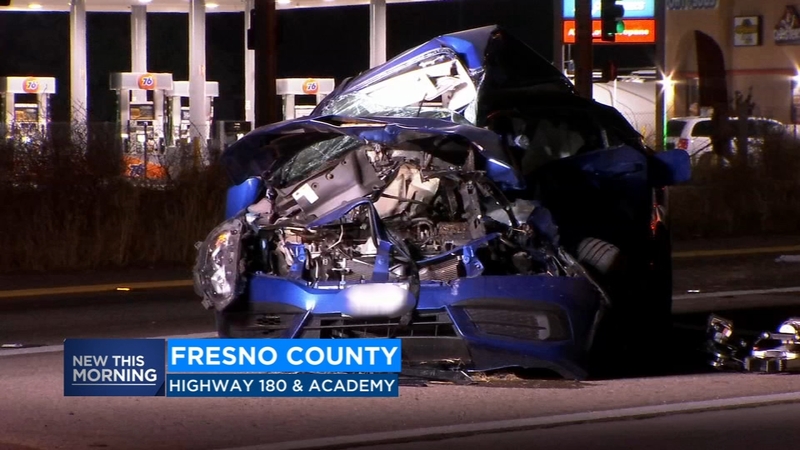 Officers responded to the crash just after 10 p.m. on Highway 180 and Academy Avenue.

CHP officers say a Honda Civic was traveling northbound on Academy and collided at an intersection with a Nissan pickup that was going along Highway 180.

At last report, investigators weren't sure which one failed to stop at the traffic signal.

"Well, you can see tire friction marks coming from the eastbound lanes of the 180 through the intersections. so he hit his brakes prior to the collision, so you can tell which direction he was traveling. Obviously, the impact of the left side of the Honda Civic shows that the Honda was traveling northbound," said CHP Sgt. Nathan Hunt.

The driver of the Honda was pronounced dead at the scene.