Gordie Ochinero Bermundez has lived in the Tower District for ten years, but she says in the past year, she's seen more crime.
KFSN
By Nic Garcia 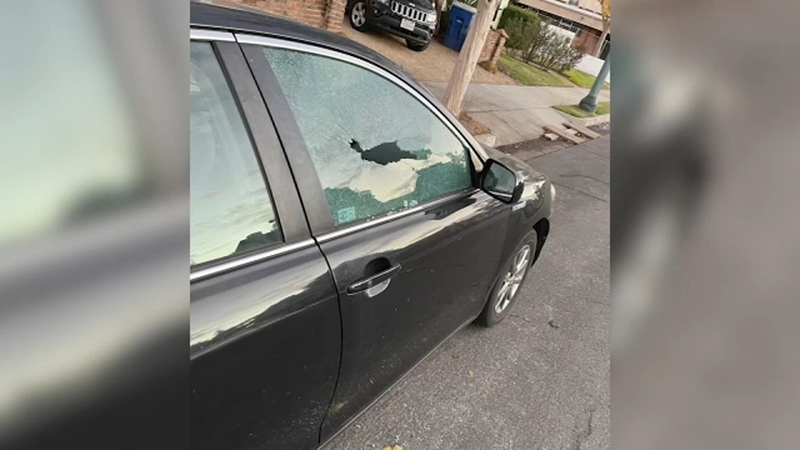 FRESNO, Calif. (KFSN) -- Car break-ins in Fresno's Tower District continue to be an issue for residents and visitors alike.

"I can't even believe how much crime is happening consistently," said Gordie Ochinero Bermudez.

Gordie Ochinero Bermundez has lived in the Tower District for ten years, but she says in the past year, she's seen more crime.

"We've been a victim three times within the last six months," she said.

Vandals and potential thieves have busted the windows of her cars.

Her wife's car window was shattered just a few weeks ago.

"Most of the crime committed down here is all done by cars moving, cars pulling up," Ochinero Bermundez said.

Another person shared video of their car with Action News. It was broken into just days ago.

Sunday night, broken glass could be seen in the street while driving through the district.

A trash bag taped where a window should be.

"We want to make sure that people are not deterred from coming and having dinner watching a play or having a drink with their friends here in the neighborhood," said Fresno City Councilmember Esmeralda Soria.

Soria says the city is doing what it can to prevent crime in the district.

Part of the solution is a Fresno police satellite office.

"My goal in this next budget is to make sure we actually have an office that is fully staffed, or people can come and report," Soria said.

She says it's important to take valuables out of your car when parking and if a crime does happen, report it.

Gordie says she's left with a tough decision to make.