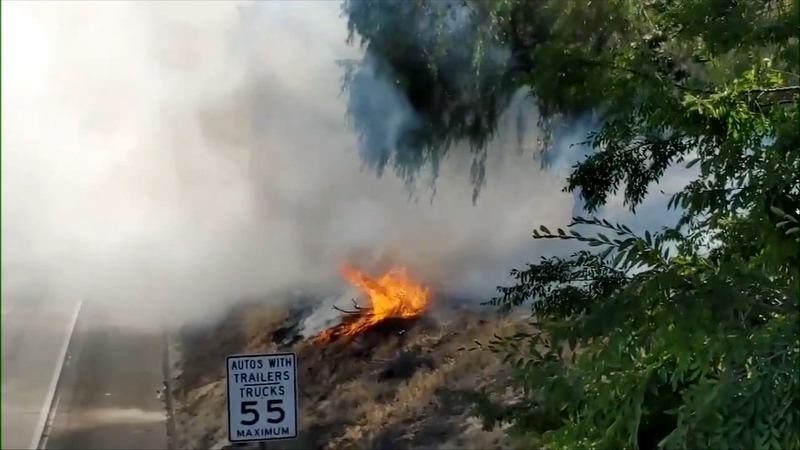 FRESNO, Calif. (KFSN) -- It's been a busy start to the month for Fresno firefighters, seeing 137 fire calls for the first eight days of August.

New helmet cam video shows the intense flames crews were met with when they were called to a vacant house fire in southeast Fresno.

Crews say this wasn't the first time they've been called to the abandoned home at Third Street and Townsend Avenue.

At one point while fighting the flames, a portion of the roof collapsed.

Firefighters evacuated neighboring homes and were able to knock out the fire before it spread to neighboring properties.

Investigators say it was one of at least six fires they believe was started by homeless individuals.

Two others were along highway 41 in Northeast Fresno.

Investigators say the initial fire was set at a homeless encampment near Barstow and Diana.

The thick smoke caused visibility issues for drivers in the area.