Crews responded to the fire near Olive and Palm shortly before 1 on Saturday.
KFSN 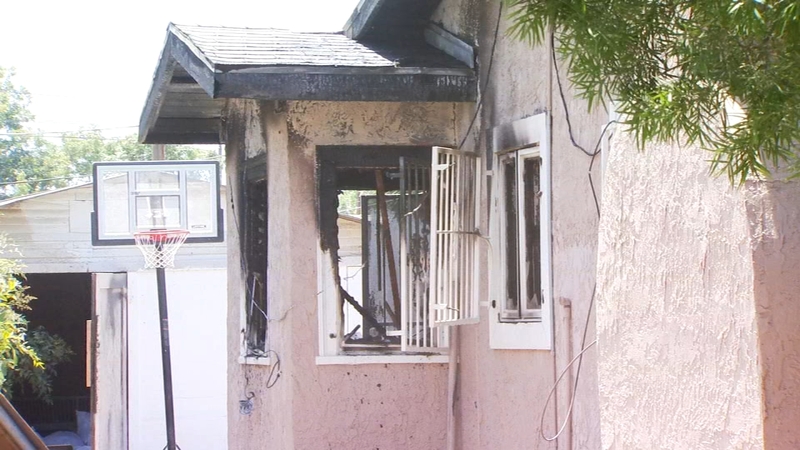 FRESNO, Calif. (KFSN) -- Nine people are displaced after a fire tore through their central Fresno home.

Crews responded to the fire near Olive and Palm shortly before 1 on Saturday.

When they arrived they could see fire coming from some of the house's windows.

Authorities evacuated the nine residents and were able to quickly knock down the flames.

They say the high heat posed a problem during the firefight.

"It is taxing on our crews. With this extreme heat we had to call a second alarm just to get extra firefighters out here to cycle them through work-rest periods," said Tim Fulmer with the Fresno Fire Department.

Crews also found some illegal fireworks in the home, which fire officials say could have made matters much worse if they caught fire.

Officials say you can turn in any fireworks you have by calling the Fresno Fire Department.