In just the last month, more than 100 shootings and 12 murders have been investigated.
KFSN
By Alyssa Flores 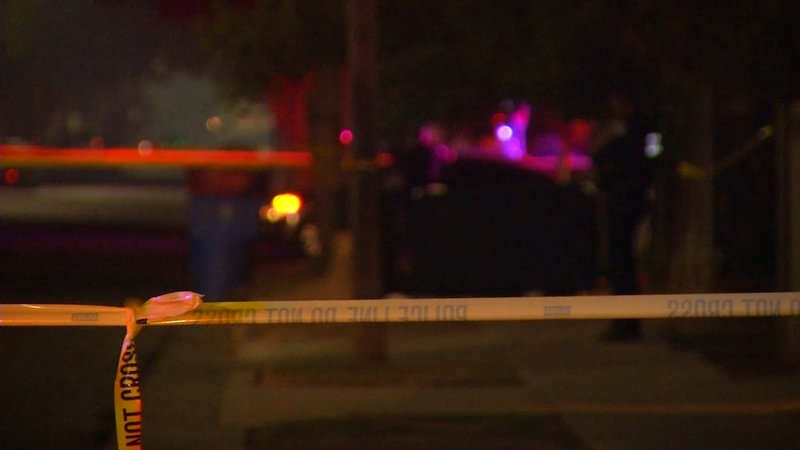 FRESNO, Calif. (KFSN) -- Fresno Police Chief Andy Hall announced his department will be cracking down on criminals through a Violent Crime Suppression Operation.

The chief's action comes as the department reports an alarming number of shootings in September.

In just the last month, more than 100 shootings and 12 murders have been investigated.

Police say since the 'zero-dollar bail' rule was implemented in April, the city has seen a 126% increase in shootings and a 55% increase in murders.

Investigators are connecting 80% of the homicides this year to gang-motivated attacks.

Hall says you will see more law enforcement on the streets where there's been the most violence lately - especially northwest, central and southeast Fresno.

Meanwhile, behind the scenes, Fresno PD is working with state and federal officials to take down key players involved in violence.

It was another senseless shooting on Monday night that became the tipping point.

"When a young 18-year-old girl was killed Monday night in a crossfire between two gang members, that was kind of the last straw for me," said Hall.

He's fighting back with the creation of the Violent Crime Suppression Operation.

Chief Hall said this year's skyrocketing violence can be attributed to the zero dollar bail policy, intended to avoid crowding in jails due to COVID-19.

Although local jails and prisons have seen COVID-19 outbreaks, Chief Hall said they shouldn't justify letting criminals back on the streets.

"We are talking about felons with guns and we should have a place for them even in a COVID pandemic," he said.

"Obviously we are frustrated by it because if we catch a felon with a gun right now, he will be out of jail before we can get the gun booked into evidence," he added.

He said officials on the local, state, and federal level will be working to identify key players in violent activity.

"We are focusing on gangs and guns right now," he said.

Hall said the weapon he has is finding federal charges for violent crime to keep offenders behind bars.

"What we are trying to do is tack on some kind of charges that will keep them in the jail for a little bit longer just to keep them off the street," he said.

Pastor DJ Criner of St Rest Baptist in West Fresno was encouraged to know that more law enforcement will be in his neighborhood.

He said he wants to see police protect, not intimidate.

"The presence of officers doing what officers are charged to do which is making sure that the community we live in is safe," he said.

The 'zero dollar bail' policy was originally implemented by the state.