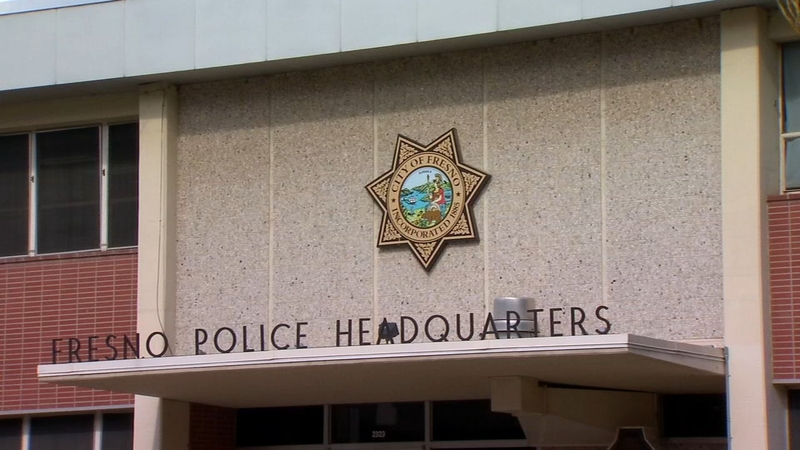 FRESNO, Calif. (KFSN) -- A Fresno police officer is on paid leave while the department investigates whether he's involved with a far-right hate group.

The police union has recruited an attorney for the officer because of the severity of the allegation that he associated with the Proud Boys at Tower Theatre protests and marched with them in Sacramento.

Spotted at Tower Theatre protests Sunday was Fresno police officer Rick Fitzgerald, but the veteran officer was not part of the force keeping the peace.

Protesters trying to stop the sale of the theater to Adventure Church say Fitzgerald was friendly with counter protesters, so they did some digging into photos and videos from this protest and others.

They accused Fitzgerald of participation with the Proud Boys, who have attended Tower Theatre protests and are designated a hate group by the Southern Poverty Law Center.

Without naming the officer, he said he put the man on paid leave, and launched an internal investigation with the support of Mayor Jerry Dyer.

"We will not tolerate any city employee that belongs to or affiliates with, associates with an organization that promotes supremacy, promotes criminal activity, or promotes racism," said Dyer.

The mayor and former police chief confirmed internal affairs will try to assess the level of the officer's involvement.

Michael German of the Brennan Center for Justice tells us that shouldn't be the end of it.

"What we see over and over again is some episode will demand some attention because there's public outrage, but that attention will wane until the next problem occurs," he said.

German went undercover with white supremacist groups when he worked at the FBI.

He says FBI counterterrorism guidance asks agents to change tactics with the groups because they often infiltrate law enforcement, so police departments need to make a conscious and constant effort to root out far-right bias.

The public defender's office tells Action News they've uncovered more than 20 active criminal cases involving Fitzgerald and they're investigating whether his participation could impact the cases.

They may also take another look at already closed cases.