This was Fresno's eleventh homicide of 2022.
KFSN
By Corin Hoggard 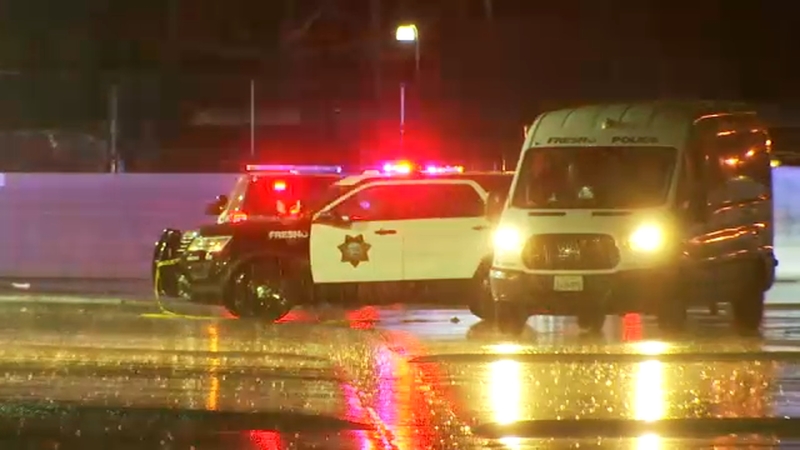 FRESNO, Calif. (KFSN) -- Fresno police believe they're closing in on a man who gunned down a romantic rival on Monday in central Fresno.

Detectives know who the victim is, but they're not publicly identifying him yet.

They're also not naming the killer, but they're confident they'll catch him.

A pounding on the door of an apartment woke up some neighbors at The Parks at Fig Garden apartment complex on Fruit and Ashlan early Monday morning.

A gunfire alert came next.

They spent the rest of the day at the scene, serving a search warrant to collect evidence from an apartment and a minivan with slashed tires.

Detectives talked to witnesses, too, and got the back story to the shooting.

"The incident stemmed from some kind of verbal argument," said Lt. Cervantes. "We don't have any indication at this time that the case is gang-related."

One of those witnesses told Action News they heard the banging on a neighbor's door.

They said the suspect came to his ex-girlfriend's place, argued with her about the slashed tires and more, and then shot her male visitor four times.

Police say the suspect left in a compact car and they're still trying to bolster the case against him with images from surveillance cameras.

"Detectives are currently following up with individuals to locate some video evidence," said Lt. Cervantes.

This was Fresno's eleventh homicide of 2022, so slightly less than one per week, and exactly half of the 22 the city had at this time last year.