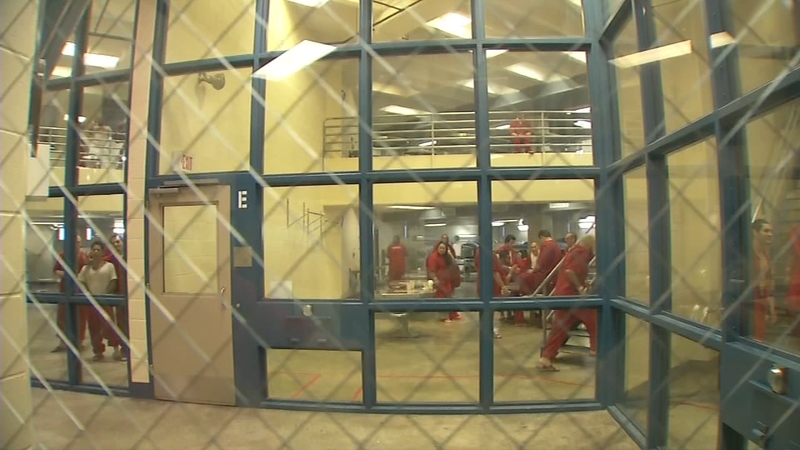 FRESNO, Calif. (KFSN) -- A secret code used by an inmate to communicate with people outside of the jail was proving to be a puzzle for police.

"The police department contacted our department because they had someone in custody using what they thought was a minority language, and they couldn't find a translator for it," says a Fresno State student.

The accused inmate had been charged with murder and was using this secret language to make calls to family members, trying to establish an alibi.

"I was in a meeting where they played a snippet, and I recognized it wasn't a real language," the student said.

That's when police enlisted the help of the Fresno State linguistics department.

Three students - their identities kept a secret for their safety - stepped up to the task, listening to phone calls for hours.

"The police asked him, 'what are you saying?" "He called it Pig Latin, he was well aware he was being recorded and during the tapes, often bragged about how they'd never figure it out," the student said.

"There was a point where he was trying to say someone was in critical condition and that came out as, '"Critika Connika Dishika,"' but he was having trouble saying it, so he just said it in plain English," the student said.

That was the key they were looking for.

"That was the cool part, that was the payoff," the student said. "But then it became digging through hours and hours of audio files."

The students spent months translating the files, providing police with valuable evidence that was finally used in the courtroom.

"It just seemed awesome to see our students out there, doing it all by themselves from what they've picked up in class," says a Fresno State professor.

Thanks to the evidence provided by the students, the accused was charged with murder and given a life sentence without parole.