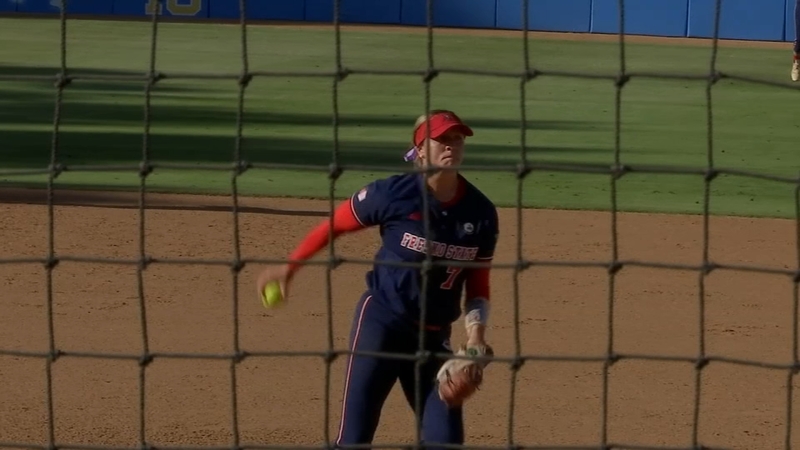 The game was scoreless until the sixth inning when Schuylar Broussard came up with two outs and the bases loaded. The senior infielder ripped a 2 RBI single through the infield between first and second.

We have a pitching dual at Easton Stadium. Dolcini takes the mound in B4 she has struck out 6 Golden Gophers. @ABC30 pic.twitter.com/tvZXPJTg3n

That was more than enough for Hailey Dolcini, the Mountain West pitcher of the year, who was dominant through the first five frames allowing no runs on just one hit. In the sixth, the Golden Gophers threatened to score putting the first two batters on base. The senior pitcher struck out two of the next three batters to get out of the jam. She finished with 13 strikeouts and her 14th shutout of the season (133 pitches) bringing her ERA down to 0.97.

The MW Player and Freshman of the year Keahilele Mattson added some insurance the next inning with an RBI double to make it 3-0.

The Bulldogs next opponent is the winner of #2 UCLA (41-4) and Long Beach State (30-9). FS lost to UCLA 7-0 in its season opener on February 12th and saw its series with Long Beach State canceled later in the month due to COVID-19.