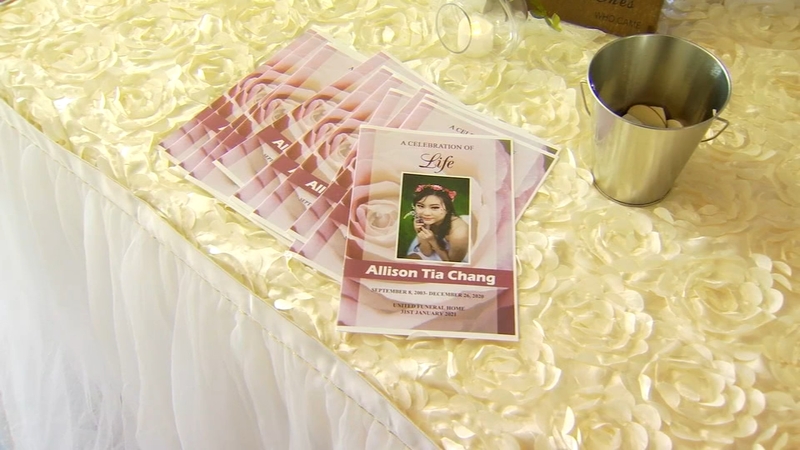 Countless messages from her peers were posted alongside them -- expressing gratitude and love for the teen they knew as Allie.

"Allie was so hilarious and a great leader and she really knew how to motivate and help people," said Madison Lopez, Allison's friend.

Allison was the editor in chief at her school newspaper and a successful athlete on the swim team.

Friends remember her as a go-getter who made time for everyone.

"She was that person that if you felt bad or alone, she was there for you," said Dawn Pearson her teacher.

Allison and two of her cousins, 21-year-old Linda Chang and 27-year-old Christopher Vang, were killed in a late December crash.

Officers say 18-year-old Ivan Villarreal was street racing when he blew a red light and slammed into their truck at Bullard and Palm.

Villarreal also died and two others in the truck were hospitalized.

"The emotions run a gamut of sadness and they come in waves," said Pearson. "It has been very, very difficult not to be angry at the way they were taken away."

Family members have now started a petition they hope will encourage authorities to impose the maximum penalty on street racers under California's current law.

He says he supports the petition and has already met with the new Fresno Police Chief to work on solutions.

"People are right to be upset, they are right to demand something be done and a message be sent and we are working with the police department and the family to do that," he said.