In the end, the judge sentenced Gabriel Vela to life in prison with at least 31 years before his first parole hearing.
KFSN
By Corin Hoggard 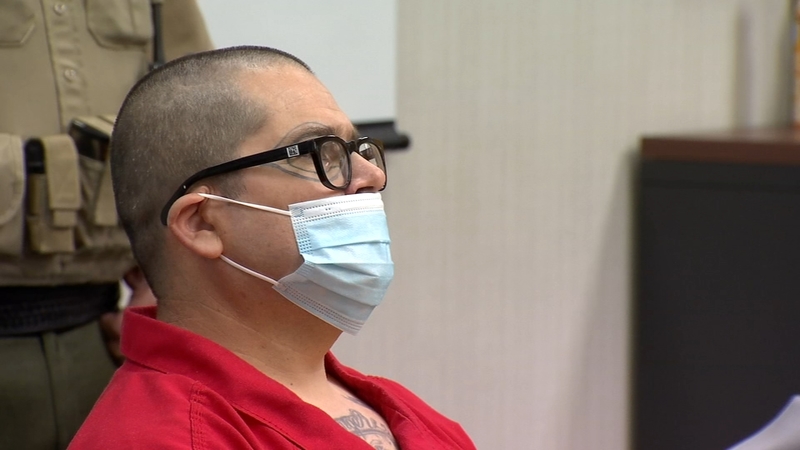 FRESNO, Calif. (KFSN) -- A convicted killer got the longest possible punishment after he had no apologies Monday for the family of the young man he baited into a fight and stabbed to death.

Isaiah Casillas filled an important role in a tight family until he died at the age of 20.

"That was my best friend," said Justin Cervantes. "My brother. You know, I spent 20 years with him. My whole life. Never missed a day."

"I don't like grieving in front of people," Cervantes said. "I do it on my own time. I learned how to be strong, especially for my kids. But when this happened, I wanted to give up on life. But I have my son, so I couldn't do it."

Three months ago, a jury convicted Vela of second-degree murder for killing Casillas outside an east central Fresno convenience store.

Casillas and another 20-year-old had recruited Vela to buy them alcohol but got into a brief fight with him when he didn't come through.

The boys walked away, but Vela threw something resembling a cellphone at their car just before they drove away.

Judge Alvin Harrell said that was clearly designed to produce a second round of the fight, but with new rules only one person knew about.

"Mr. Vela had a little more courage insomuch as he was armed with a knife," said Judge Alvin Harrell III.

He just walked away then, and claimed self-defense when police arrested him the next day.

He had nothing to say to his victim's family Monday as the judge considered his punishment.

"We're never going to have closure," said Kimberly Mendoza, the victim's aunt. "No matter how much time he serves, it's never going to bring Isaiah back. Ever."

Vela's attorney even continued to cast blame on Casillas for the deadly attack as he asked the judge to ignore a prior felony strike from 20 years before the murder and give half the maximum sentence.

In the end, the judge sentenced Vela to life in prison with at least 31 years before his first parole hearing.