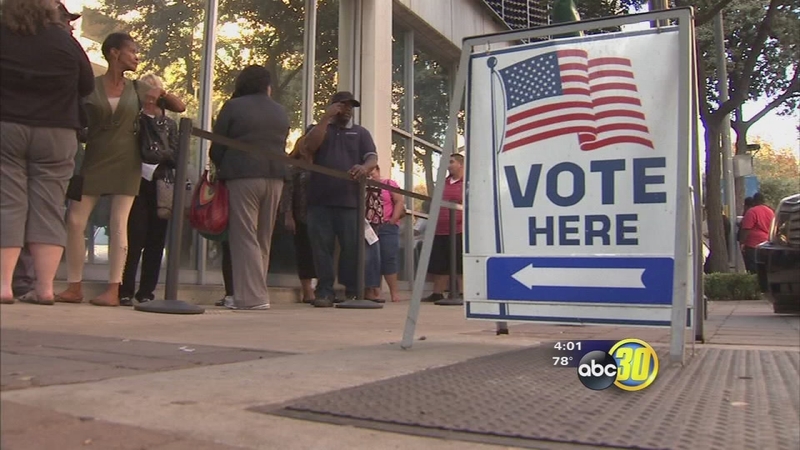 FRESNO, Calif. (KFSN) -- The campaign trail is less crowded Wednesday after two GOP candidates drop out of the race for the White House. With the billionaire businessman Donald Trump seizing the GOP mantle, Hillary Clinton said she's running on her plans for the country's future-- not simply to stop Trump.

It could've been an exciting California GOP primary this May, but with Ted Cruz and John Kasich out of the race local Republicans like Michael Der Manouel Junior are now urging for party unity.

"People that lost are kind of in mourning. They are vowing that they are not going to support Trump, many of them, that always happens. I've seen this for five or six election cycles."

The presumptive presidential nominee--Trump-- is now at the helm of the Republican party. Some Democrats see it as an opportunity to influence Republican voters to the other side of the aisle.

"I do think there are some Republicans that are offended by this as well. Not just Democratic people, so I do think people are going to find a way and come over so they don't have to support him," said Dezie Woods-Jones, Black Women Organized for Political Action state president.

Woods-Jones.said Trump's divisive rhetoric throughout the campaign is going to be a deal breaker for most moderate voters.

"I think that people who are really intellectual, who think through things, who are analytical, are really going to take some time to say, 'wait a minute-- do I really want this person to represent the greatest nation in the land?'"

"In the past, your policy knowledge and your ideology really mattered-- that was a big deal to everybody. How detailed were your proposals and how much could you convey that. You know what matters now? Putting the country first," said Der Manouel Junior.

Der Manouel Junior said since California won't be contested Republicans should donate to help the challenging races in November.

If California voters want to vote for a candidate other than Trump this primary, you must re-register as a Democrat or no party preference before the end of May.