Dine where David Bowie, The Foo Fighters and No Doubt once recorded hit songs 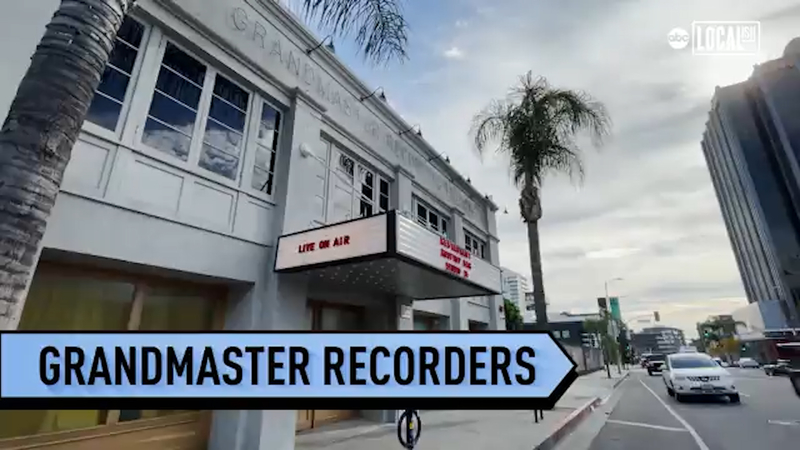 HOLLYWOOD -- Music artists such as David Bowie, the Red Hot Chili Peppers, Kanye West, and the Foo Fighters, among many others, have all recorded hits at Grandmaster Recorders in Hollywood.

Now, the historic music studio has been transformed into a restaurant, lounge, and rooftop bar with panoramic views of the iconic Hollywood Sign.

The studio opened in the 1970s with a coveted list of musicians recording there over the years, including Stevie Wonder, Tom Petty and Gwen Stefani.

The studio stopped in 2016 when owner Alan Dickson died. It was vacant until Smillie and his team bought it.

"When we walked in here, I had no idea about the space, but instantly fell in love with it," said Smillie.

Monty and Jaci Koludrovic are partners in life and food. Monty runs the dining menu and Jaci runs the pastry menu. Monty describes the menu as non-traditional Italian.

"The fun element comes from not being bound by tradition and we say it's food that Nonna would recognize but never really cook herself," said Monty Koludrovic.