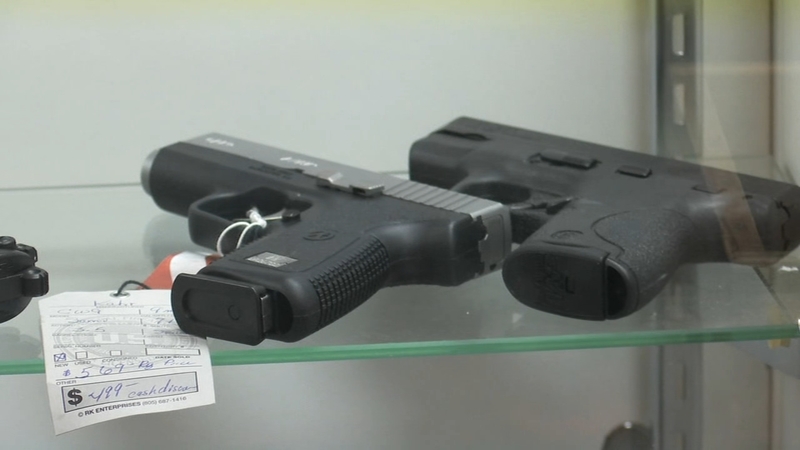 FRESNO, Calif. (KFSN) -- "We live in a scary world right now. A lot of things are happening."

Tragedies like the second deadliest school shooting in America on Tuesday.

Pam Hughes, the owner of Country Pleasures Gifts and Guns Shop in Porterville, says she feels for the families and had several customers stop by in the wake of the shooting.

"They are very concerned," she said. "We are all concerned for our own kids and grandkid's safety in our own schools here, and our customers believe teachers should be able to carry firearms to protect our kids."

Hughes says while she did not have an increase in firearm sales this week, she did in ammunition.

"I believe that is because we live in Tulare County, where many people already have their firearms," she said.

One of the bills would give people the power to sue those who traffic in illegal firearms.

That includes distributing illegal assault weapons, parts that can be used to build weapons, guns without serial numbers, or 50-caliber rifles.

Hughes says she understands the importance of background checks and firmly believes people should continue having the right to own weapons when done correctly, teachers especially.

RELATED: How to talk to kids after 19 children, teacher killed in Uvalde, Texas, school shooting

"I just really believe that our teachers need to be armed," she said. "They need to protect the kids and the only way to do that is to be armed."