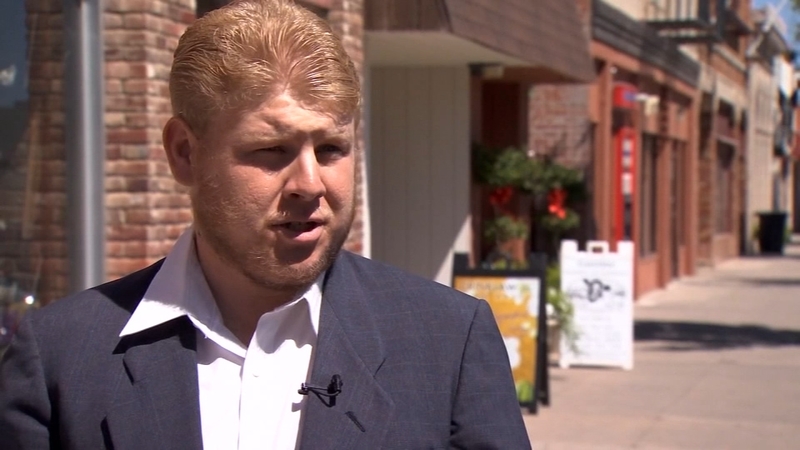 GUSTINE, Calif. (KFSN) -- A North Valley teen wants to see a change in Gustine, so he's decided to run for Mayor.

At 19, Zachery Ramos is like most teenagers. He's going to college and enjoys hanging out with friends. He said his interest in politics started early in life and became more involved with city hall events in high school.

"This is a town I knew I wanted to make an impact in," Ramos said.

His young age and mature decision surprised the community.

"Initially it was like, 'Oh my god! They're going to eat him alive,'" Pickers Paradise Antiques store owner, Jennifer Villalobos said.

Ramos has heard it all.

"You're too young. What experience do you have? What can you possibly bring to Gustine?"

Despite his young age, Ramos wants to revive the city's main street to its older and former glory.

Fueling his dream to hold a government position, he is constantly involved in the community. He created "The Traveling Library" to help improve literacy within the county.

Ramos said he's already gotten support from more than half of the business owners in town, even from some former state leaders.

"Writing him off just for being 19 is a bad move because I think he does have some good ideas. He's ambitious more than anything else," Four of Hearts storeowner Jonathan Flanagan said.

The competition won't be easy. His opponent, Patrick Nagy, is the current Mayor pro tem and has almost ten years experience on City Council. He also holds a seat on the Merced County Local Agency Formation Commission.

"He is very well-meaning, but he's very young also and doesn't have the experience or the knowledge for what he's trying to do," Nagy said.

Ramos is staying positive. He's campaigning and counting down the days until the election.

"When we win this, I'll be the youngest mayor in California history," Ramos said.