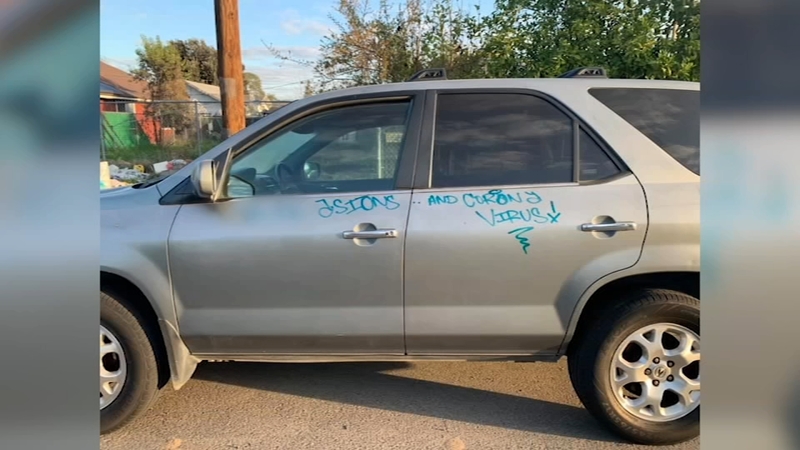 FRESNO, Calif. (KFSN) -- The faint signs of a hate crime linger on an SUV belonging to Anna Chandy's dad.

Her father tried removing what reads "F-word, Asions and Coronyvirus." Although it's misspelled, the hate behind it is clear.

"Why are they being racist to us," Chandy said. "We don't even have coronavirus."

Chandy says the vandalism happened Sunday night. Monday morning as she took her 11-year-old son to school, she noticed the tagging.

The hardest part was explaining to her child what the malicious words meant.

"He was like, 'Grandpa has never done anything to anyone. Why did they do that to his car?' My heart just sunk," Chandy said.

Chandy thinks it's the misinformation behind the coronavirus that's the root of the ignorance. She never expected it to affect her directly.

"Maybe they already felt the hate inside and they just used the coronavirus as an excuse," Chandy said.

According to Chandy, her neighbors car was also targeted, but no racist speech was spray-painted on it.

She says in her eight years of living in Central Fresno, something like this has never happened to her.