As June ends, 4,924 California state prisoners have contracted coronavirus, a 142% increase from the 2,038 inmates diagnosed by the end of May.
KFSN
By Corin Hoggard 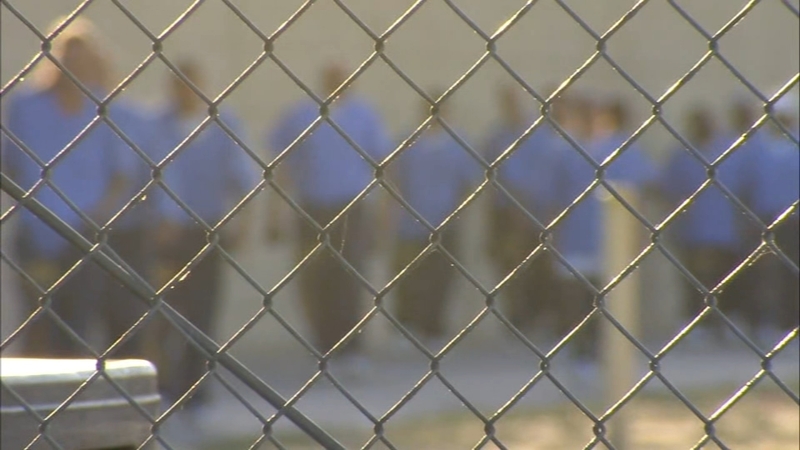 FRESNO, Calif (KFSN) -- Coronavirus outbreaks in California prisons could prompt a second round of inmates getting out early.

As June ends, 4,924 California state prisoners have contracted coronavirus, a 142% increase from the 2,038 inmates diagnosed by the end of May.

"The spread of the virus has just been dramatic within the prison system," said legal analyst Tony Capozzi. "Prisons are like a petri dish for this virus. It spreads insurmountably. It's just an awful situation."

Avenal State Prison accounts for 938 of them, but its outbreak is calming down now, with only 41 active coronavirus cases in custody.

But now the numbers are jumping in other prisons, including San Quentin, and Gov. Gavin Newsom is talking about releasing some prisoners to stem the tide.

The idea is to set free about 3,500 prisoners across the state who would get out in the next six months anyway.

Several law enforcement leaders criticized the governor's first round of early releases out of concerns for public safety.

But several sheriffs are now dealing with outbreaks in their county jails as well.

"Public safety and public health are all wrapped together, and part of public safety is keeping people healthy and making sure this outbreak doesn't spread further," said public advocacy attorney Sabrina Ashjian.

She noted that the state has a responsibility to protect inmates, but they're also not the only people getting sick.

According to a June 30 review of an online California Department of Corrections and Rehabilitation tracker, 770 state prison employees tested positive for coronavirus, which they may have carried back and forth from their community to the prisons.

So releasing low-level offenders who didn't commit violent crimes - including domestic violence and sex offenses - could limit the damage to the community at large.

"These are difficult decisions that need to be made, but they do need to be made because by not taking action and by pretending that everything is fine -- which seems to be what a lot of people have done over the past few months -- we've ended up in a situation where now we are really seeing skyrocketing numbers and really disastrous results," Ashjian said.

She concedes some of the released inmates will commit new crimes.

Madera County Sheriff Tyson Pogue didn't criticize the move, but he did tell Action News his agency would, "Stand ready to protect our community as always."

"I'm sure the governor is going to get criticized quite a bit for releasing prisoners, because the public is going to be concerned, but again, in the end it may end up protecting the public against the spread of this virus," Capozzi said.