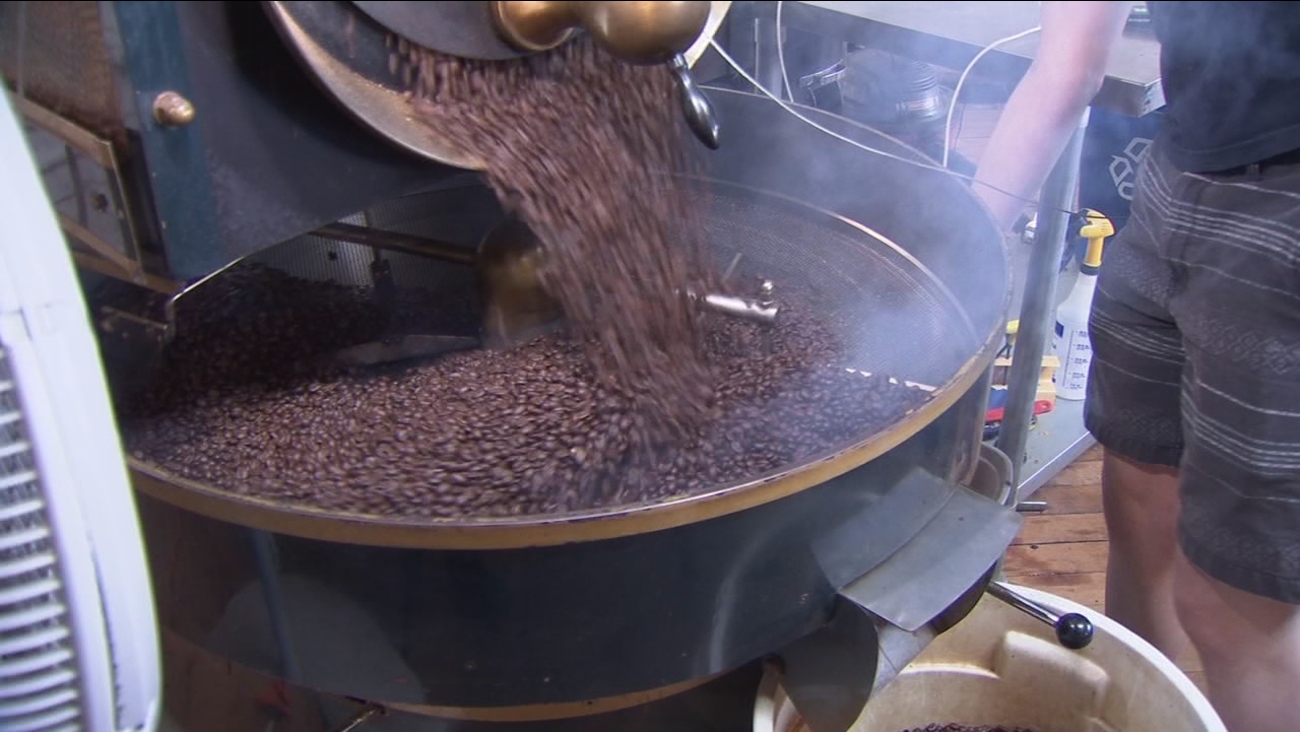 FILE - Image of coffee being roasted in Fresno (KFSN)

The Office of Environmental Health Hazard Assessment said its unprecedented move to declare the ubiquitous product safe followed a review of more than 1,000 studies published this week by the World Health Organization that found inadequate evidence that coffee causes cancer.

The agency implements a law passed by voters in 1986 that requires warnings of chemicals known to cause cancer and birth defects. One of those chemicals is acrylamide, which is found in many things and, as a byproduct of coffee roasting and brewing, is present in every cup.

If the regulation is adopted, it would be a huge win for the coffee industry which faces potentially massive civil penalties after losing an 8-year-old lawsuit in Los Angeles Superior Court over the issue and could have to post scary warnings on all coffee packaging sold in California.

A nonprofit group successfully sued Starbucks and other roasters and retailers to require warnings on coffee because of the presence of the chemical.

Judge Elihu Berle said the companies failed to show that benefits from drinking coffee outweighed any risks. He ruled in an earlier phase of trial that companies hadn't shown the threat from the chemical was insignificant.

The state's action rejects that ruling.

"The proposed regulation would state that drinking coffee does not pose a significant cancer risk, despite the presence of chemicals created during the roasting and brewing process that are listed under Proposition 65 as known carcinogens," the agency said in a statement. "The proposed regulation is based on extensive scientific evidence that drinking coffee has not been shown to increase the risk of cancer and may reduce the risk of some types of cancer."

Attorney Raphael Metzger, who won the court case on behalf of The Council for Education and Research on Toxics, said the agency had essentially nullified the decision.