A man was arrested after authorities say he led law enforcement on a high-speed chase through three Fresno County cities.
KFSN 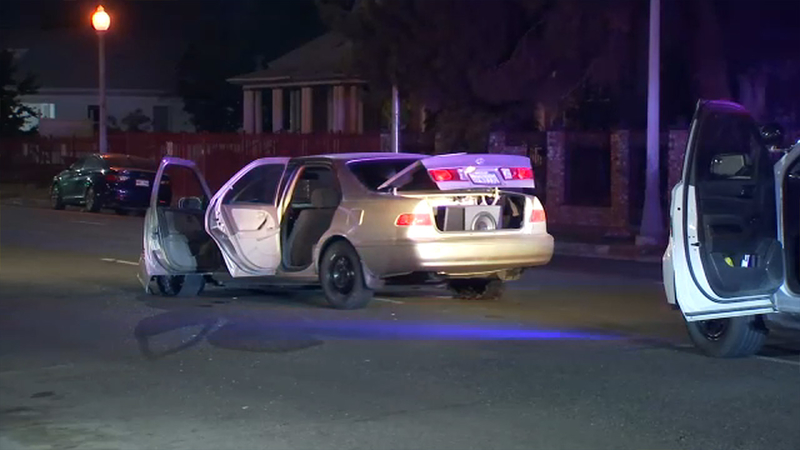 The chase started around 10 pm on Tuesday in Sanger at 5th Street and West Avenue.

Fresno County sheriff's deputies said they tried to stop a suspicious car, but the driver sped off.

The runaway driver led deputies to Highway 180 and Olive Avenue, where a helicopter followed the vehicle.

Authorities placed spike strips in several areas. The driver went over one set of strips, hitting three of his four tires.

But the suspect continued speeding away, running red lights through Clovis and Fresno before he was forced to stop at Blackstone and Grant in central Fresno.

Deputies arrested 27-year-old Ruben Diaz. He was wanted for felony charges out of Fresno.

A passenger in his car was detained but was not arrested.