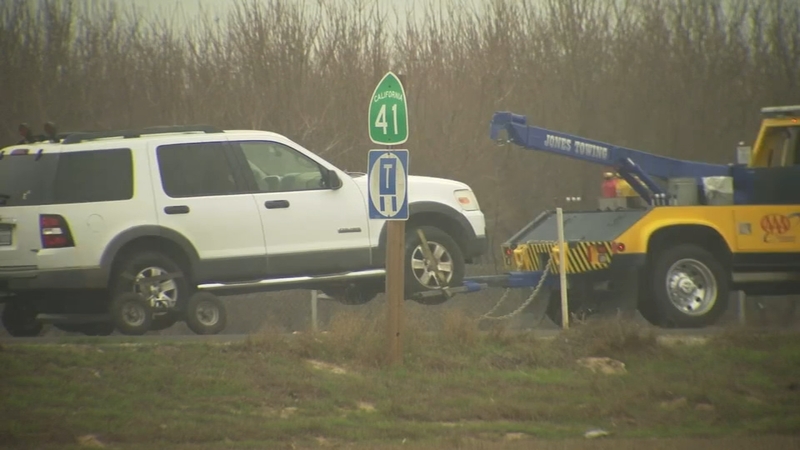 Four lives were lost last year in car crashes on Highway 41 between Elkhorn Avenue and Lemoore.

Ken Atkins died September 16th when his vehicle was hit head-on by a driver trying to pass several cars.

"The Valley has extreme fog. When he passed it, it was at a sunrise with no fog so you can imagine how dangerous it is in the winter time. So my message is to keep your distance behind the car in front of you," says his widow, Misty.

A group demanding a widening project says this two-lane stretch has seen 260 accidents in the past five years but work will soon begin to improve safety.

On Tuesday, January 12th between 5 am and 5 pm, Caltrans will close Highway 41 between Excelsior and Elkhorn to paint double-striping on the roadway.

A detour will be in place along both Elm and Camden Avenues.

"After the completion of this five-mile section, State Route 41 will permanently be transitioned to a no-passing zone," says Caltrans District 6 Director Diana Gomez.

Rumble strips will also be in place at both ends to slow traffic.

This portion of Highway 41 was slated for a widening project decades ago but the project never got underway.

"It's been difficult to accept that this area was once a high priority that was supposed to have been built. Somehow we got overlooked again," says Assemblymember Jim Patterson of Fresno.

Lawmakers will continue their push to move the project back up

For now, the striping and added signage will serve as a temporary fix.

"We have a long ways to go and at the end of the trip we'll have a four-lane built here," says Fresno County Supervisor Buddy Mendes.