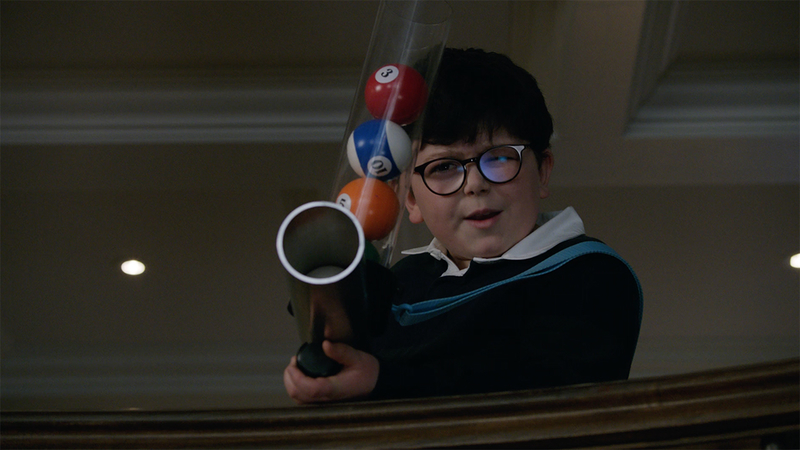 LOS ANGELES -- "This is my house. I have to defend it," Max Mercer teases in the new trailer for "Home Sweet Home Alone" on Disney+. Watch the newly released trailer in the player above.

Here's the official synopsis for the film, which will premiere exclusively on Disney+ on Nov. 12: "Max Mercer is a mischievous and resourceful young boy who has been left behind while his family is in Japan for the holidays. So when a married couple attempting to retrieve a priceless heirloom set their sights on the Mercer family's home, it is up to Max to protect it from the trespassers...and he will do whatever it takes to keep them out. Hilarious hijinks of epic proportions ensue, but despite the absolute chaos, Max comes to realize that there really is no place like home sweet home."

The film's Nov. 12 premiere is just one piece of Disney+ Day, a celebration of the streaming service's second birthday. Other content drops that day include the streaming premiere of "Shang-Chi and The Legend of The Ten Rings," a new series of "Frozen" shorts and a new "The Simpsons" short. Click here to see what else is dropping on Disney+ Day.