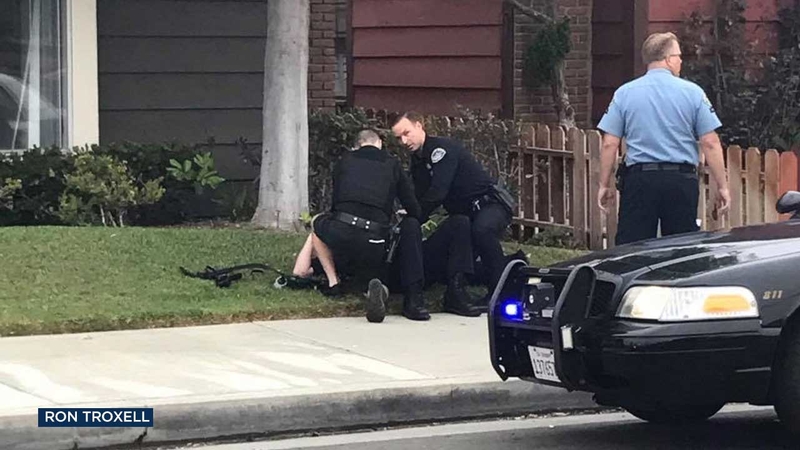 HUNTINGTON BEACH, Calif. -- Two police officers and a suspect were injured in an officer-involved shooting in Huntington Beach on Thursday following a call about a man slashing tires with a knife, authorities said.

Multiple officers responded to a call about the armed man shortly after 7 a.m. in the area of Delaware Street and Utica Avenue, said Huntington Beach Police Department Chief Robert Handy.

When the officers arrived, a man with a knife approached two of them in a corridor between two homes. An officer-involved shooting occurred after police ordered the man to put down the weapon, officials said.

Two policemen were wounded in the incident and so was the suspect, all of whom were struck by gunfire. It was unclear how the officers were shot.

"We can't say that it was a friendly fire incident," Handy said during a news conference, adding that a multi-agency investigation was underway.

One of the officers and the suspect, who was not immediately identified, were transported to an area hospital for treatment. It was not known if the second officer was transported. All three were reported to be in stable condition.


A knife was recovered at the scene, where slashed tires were found on multiple vehicles, the police chief said.

In accordance with protocol, the investigation was taken over by the Orange County Sheriff's Department.