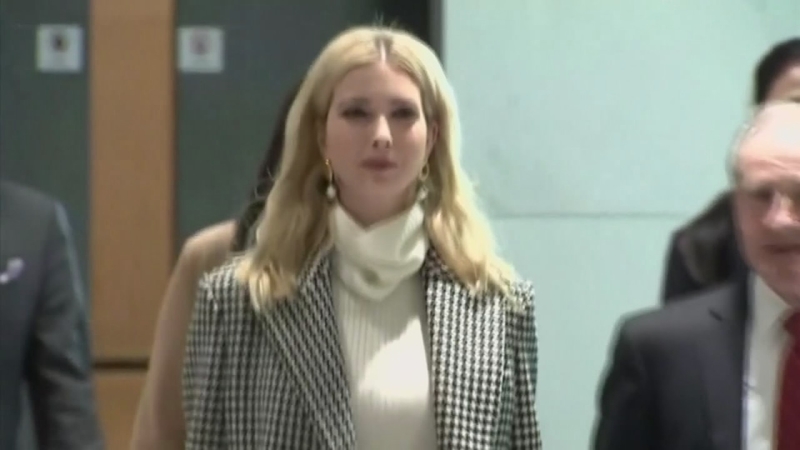 FRESNO, Calif. (KFSN) -- Ivanka Trump is coming to Fresno on June 18th. It's a visit that's being welcomed by Republicans, and Democrats say it may be a sign of faltering support for conservative candidates.

Ivanka Trump was in Fresno 11 years ago, accompanying her father and now embattled Trump attorney Michael Cohen. They were looking at buying the since failed Running Horse golf course.

This time the visit is being called the "Keep The House" tour. Ivanka Trump will be joined by Republican House Majority Leader Kevin McCarthy of Bakersfield to raise money and boost support for Republican congressional candidates.

"Oh yeah, we are excited. She's popular, anybody from the Trump family is welcome, and we are honored and excited to see them."

The decision to appear in Fresno is seen by Democrats as a sign that local Republican congressional candidate Devin Nunes may be in trouble.

"I don't think it's really a surprise, particularly for Nunes, given that he's been so loyal to the president," said Michael Evans of the Fresno County Democratic Party. "I think they would be viewing this as some sort of payback, but it does raise the question are they concerned about Devin Nunes election prospects this year."

Nunes, whose district includes parts of Fresno and Tulare Counties has become a polarizing figure, seen as a defender of the president as someone working to discredit the Mueller investigation into both Russian meddling in the 2016 election and alleged financial improprieties in the Trump campaign.

Vanderhoof acknowledges Republicans must keep fighting, "We can't be complacent. We know the Democrats are targeting the house they want to take over the house and that is probably going to go through California is to succeed."

"They are probably the most organized effort we have seen in that district maybe ever, and from what we understand the poll numbers look pretty good so I think Nunes has reason to be concerned," said Evans.