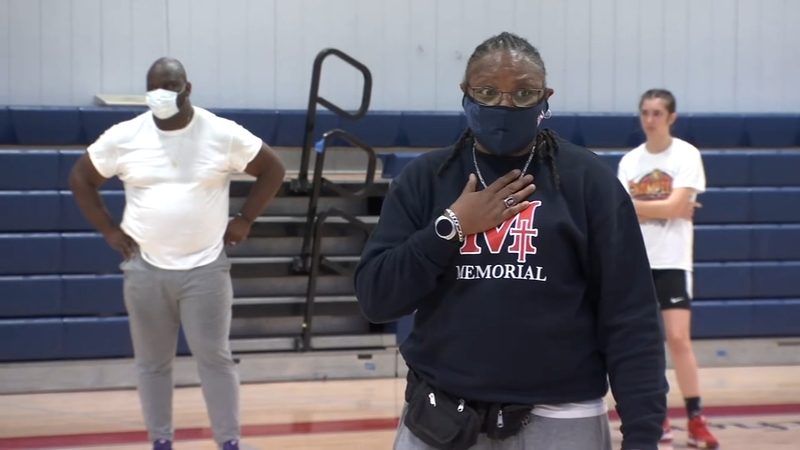 FRESNO, Calif. (KFSN) -- Coming out of San Joaquin Memorial, Jackie White was one of the best to ever do it.

Her scoring ability and dazzling basketball skills quickly caught the attention of Division I college coaches and later the Harlem Globetrotters.

Now, 42 years after starring for the Panthers, Jackie is returning to her alma mater to lead the girls' basketball program.

White has accomplished just about everything she's ever wanted in basketball.

Back in the late '70s and early '80s, the three-time state high school player of the year won four straight Valley titles while shining for San Joaquin Memorial before becoming a college star and later a member of the Harlem Globetrotters.

But for all her success on the court, Jackie is still motivated by winning.
She's returning to her alma mater to help the program win its first State title.

"I still have a lot to offer and one thing that has driven me is youth and I've worked with them all my life," she says.

Athletic director Stephen Ferdinandi says: "Now the goal is state, that's the goal. The bar has already been raised on what the expectation and what that goal we're striving for."

To this day, many still consider Jackie to be the best girls' basketball player to ever come out of Central California.

Scoring 25 points a game while at Memorial helped earn her a scholarship at LSU before transferring to Cal Poly, Pomona, and later Long Beach State.

"Coming out of college there was no WNBA so I was before my time, but what I like to think is that I paved the way for the girls today," she says.

Following her playing career, Jackie worked in the Southern California youth correctional system for 28 years before retiring in 2013.

She says her no-nonsense old-school work ethic helped her fit in and it's where she developed a passion for coaching, leading the boys' basketball program there.

Jackie arrives at Memorial after having led the Edison High program the last few seasons.

"It's a dream come true, it's like being home, you know 42 year ago was the last time I was on this basketball court playing when I was 16 years old."