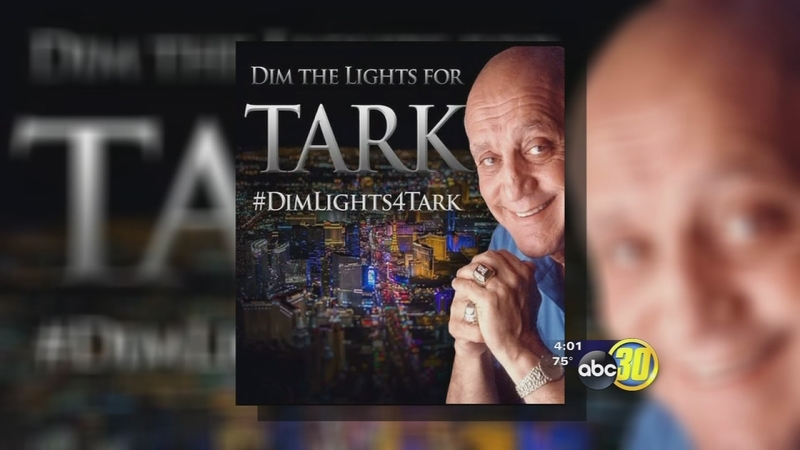 Tarkanian's funeral service was held at Our Lady of Las Vegas Catholic Church. The private mass was held for Tarkanian's family and close friends. Mourners came from all over the country to pay their respects.

A social media push to dim the lights for Tark has resulted in several hotel-casinos on the Las Vegas Strip set to dim their lights Wednesday night at 10:30. It is a fitting tribute.

Tarkanian was as much a part of the Vegas scene as Frank Sinatra and Elvis. Those two icons along with President Ronald Reagan and President John F. Kennedy have also been honored with the dimming of the lights on the strip.

The public is invited to a celebration of life tribute on March 1 at the Thomas & Mack Center in Las Vegas. The time has not yet been determined.

Back here at home, officials with Fresno State say plans for a local memorial service will be finalized after they meet with family members following Monday's private funeral service in Las Vegas.