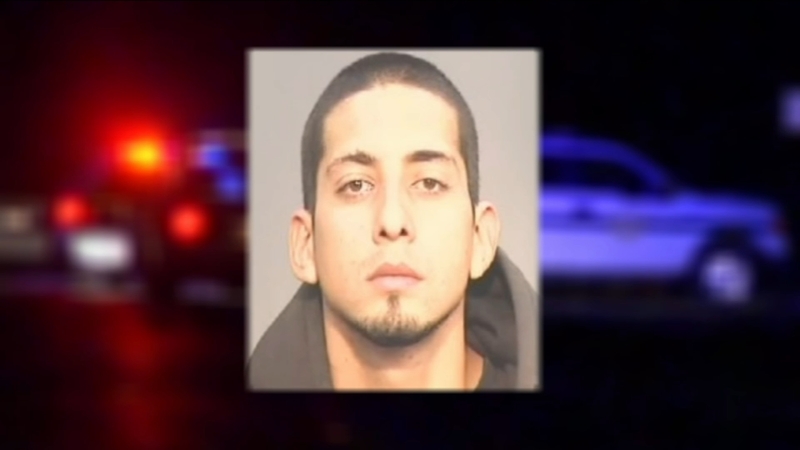 FRESNO, Calif. (KFSN) -- On trial for the murder of a Biola farmer who caught him chopping up a stolen car, Jose Cañas says he confessed to the crime to protect his girlfriend and their daughter.

"If I had turned myself in they were going to go after my family," he told a jury Tuesday.

But prosecutors argue it's the latest in a series of lies by the gang member busted with a gun just a few months before the May 2014 shooting.

George Salwasser interrupted a crime on his property and became the victim of a more serious crime.

And now, a jury will have to decide who pulled the trigger and who's lying about it.

RELATED: In Biola farmer's murder, one criminal testifies against the other

One way or the other, Jose Cañas had a front row view of a killing. As he and Adrian Aceves picked apart a stolen truck, George Salwasser interrupted them.

The farmer had a gun in one hand and a cell phone dialing 911 in the other when one of the suspects shot him.

"When he got shot the first time, he tried to turn around and he got hit again," Cañas said of Salwasser. "And then he went, and he collapsed to the floor."

Fresno County sheriff's deputies arrested several people involved in the crime, and none of them said anyone except Cañas killed Salwasser.

Even Cañas admitted it to investigators.

But now that he's on trial for murder, he says it was Aceves who did it.

Cañas says his family started getting threats minutes after the shooting, so when a homicide detective mentioned a suspect might still be on the loose, he decided he better take the blame.

"Did you later, after he brought up your daughter, did you later change your story?" asked defense attorney Ralph Torres.

"It's my first time being a dad, so I just didn't want to lose her," Cañas said.

Like Cañas, Adrian Aceves has testified at two different trials now and said both times he didn't kill Salwasser, Cañas did.

Cañas acknowledges Aceves is seen as a snitch in the gang community, but he says his gang doesn't do anything to snitches except freeze them out.

He denies that's why he attacked Aceves in jail, along with another guy he said he barely knew -- some guy who just happened to be in the same jail pod with him where the sheriff houses people from his gang.

"Why'd you do that?" asked Torres.

"Anger towards him," said Cañas.

"Anger? What do you mean?" Torres asked.

"Well, him making fun of me while I'm fighting time," Cañas said.