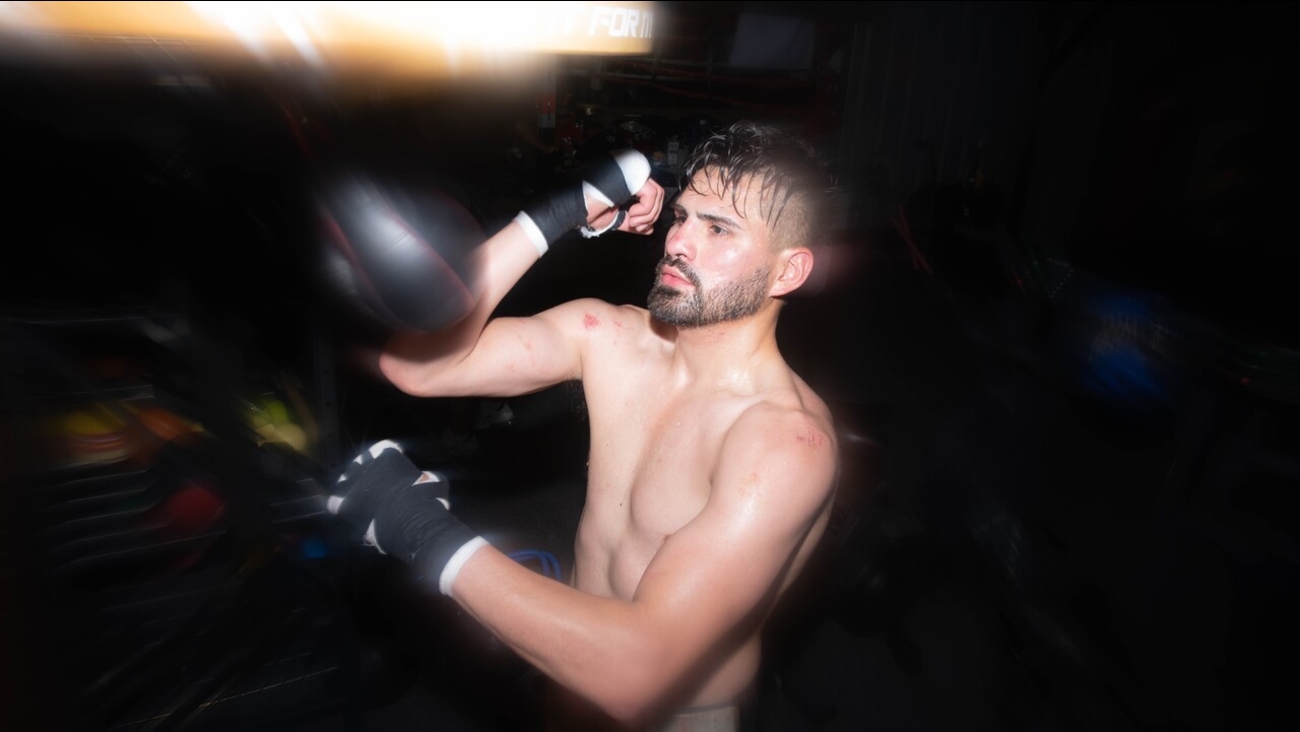 FRESNO, Calif. (KFSN) -- The countdown is on for the biggest fight of Jose Ramirez's life.

"My goal is to go out there and get all four belts and become the next undisputed world champion," Ramirez told Action News in July of 2019 just days after beating Maurice Hooker to unify the WBO & WBC titles.

On May 22, the Avenal native will finally get his chance at becoming the undisputed world champ in the junior welterweight division.

"It's history," Ramirez said Monday. "For me, I'll become the first Mexican-American fighter to have all four belts in one division in the history of boxing. This is the type of fight that will open up the doors of the Hall of Fame for sure and be remembered as one of the best."
Ramirez is a perfect 26-0 and is coming off a mandatory title defense in August of 2020 against Viktor Postol.

His opponent, Josh Taylor, is also undefeated with a record of 17-0. A native of Scotland, Taylor currently holds the WBA and IBF title belts after beating Regis Prograis in September of 2019.

"I'm expecting a great Josh Taylor and that's who I want to beat on Saturday night," Ramirez said. "I want the best version of him to leave no doubt that I am the best and to bring back all four belts to Central California."

The winner Saturday will be the first undisputed champion in the weight class since Terrance Crawford in 2017.

In each of his fights, Ramirez has championed causes that affects Central California and its residents. From water issues to immigration status, agricultural workers are the focus of this weekend's unification bout.

"The older I got, when I started working in the fields, I saw how dedicated those people are, their work ethic and how passionate and how they don't complain. They just go out and work early in the morning," said Ramirez, who worked in the fields outside of Avenal at age 14. "I know these people and I want to make sure they have what they need to make their lives easier."
Earlier this month, Ramirez visited the Wonderful Pistacios plant in Lost Hills, where his mother used to work, to encourage workers to get the vaccine.

He tells Action News that when he visited, more than 86% of the plant's thousands of workers had taken the COVID-19 vaccine.

"Now, not only are they going to be safe at work but also safe when they go back to small communities," he said.

Saturday's fight will be held inside the Virgin Hotels in Las Vegas in front of a limited crowd of around 3,000.

"There's going to be a lot of people from the Valley traveling to Vegas and even those who can't make the fight, they're still travelling to Vegas to just be closer to me," Ramirez told Action News.

Ramirez v. Taylor will be shown on ESPN starting at 5:30 PM.