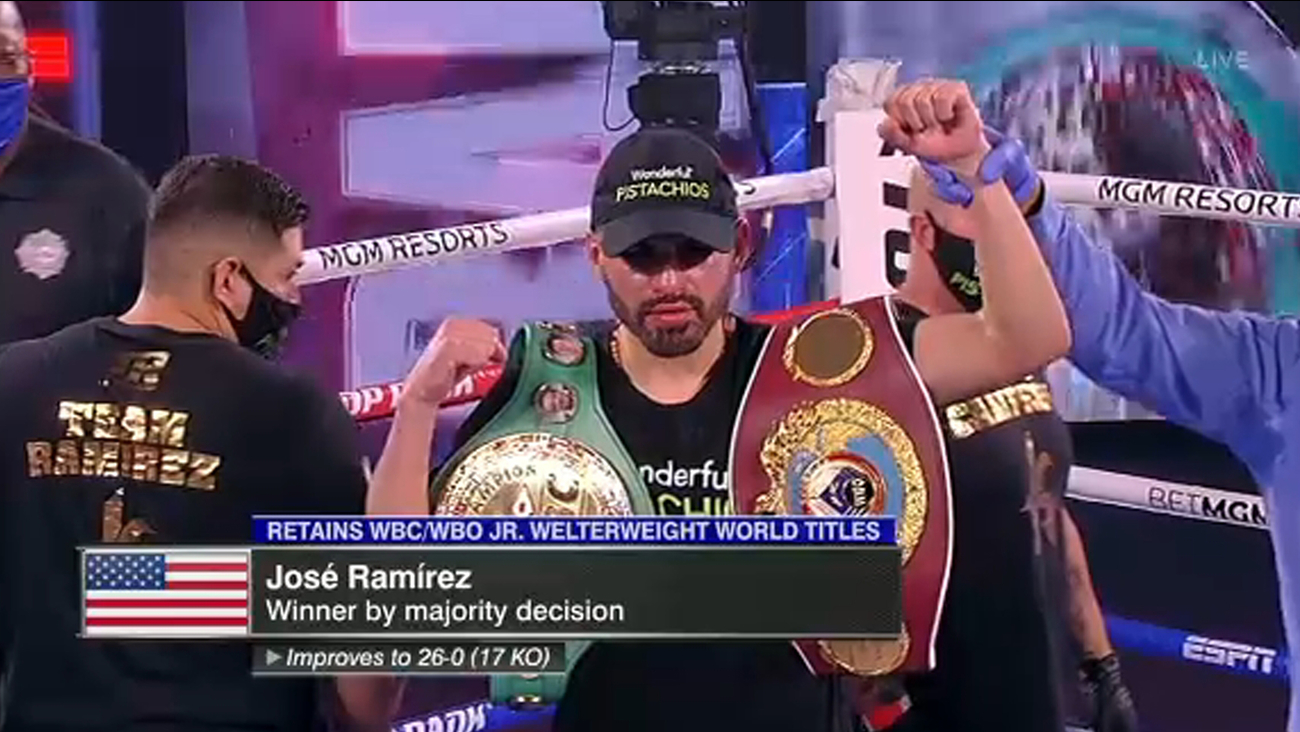 Saturday night in Las Vegas, Jose Ramirez beat Viktor Postol (31-3, 12 KOs) by decision in 12 rounds. It was the fourth title defense for the Avenal native.

Ramirez now has a record of 26-0 (18 KOs) and is still the unified World Boxing Council and World Boxing Organization title champion.

It had been 396 days since Ramirez last stepped in the ring against Maurice Hooker, and this was the third different date set for Ramirez's mandatory title defense.

The coronavirus pandemic postponed a meeting on February 1 in China, then again on May 9 in Fresno. Saturday's bout was fought at the MGM Grand in front of no fans.

Ramirez noted the absence of the crowd, saying that it "felt like I was in a sparring session" after the fight.

Ramirez has half of the four major belts in the junior welterweight class and is now in line to fight for the undisputed title. Josh Taylor (16-0, 12 KOs) currently holds the WBA and IBF belts and both fighters have expressed an interest in fighting.