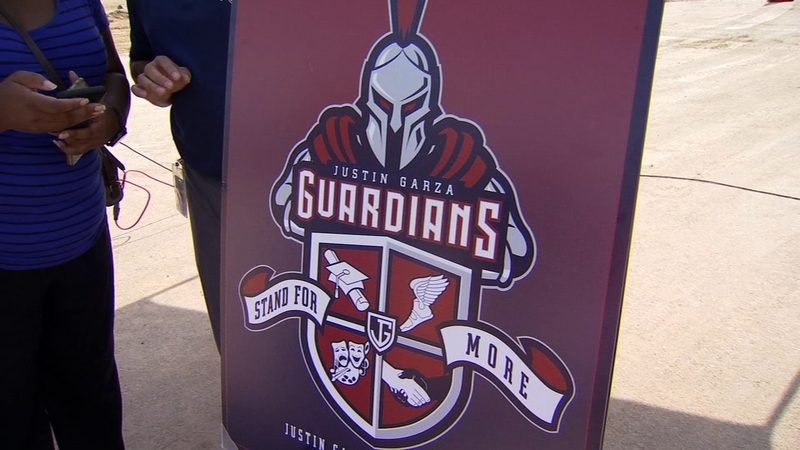 It's named after a beloved coach and teacher who died of cancer.

The late Justin Garza loved to urge football players and his students to, "Stand for More!"

It was adopted as the school motto.

Central Unified Superintendent Andrew Alvarado explained, "This is a very special day. This is Justin's day."

Justin Garza High School remained a construction site, but the campus next to Deran Koligian Stadium will pay tribute to a coach and teacher who touched countless lives.

Garza died in February of 2017 after battling Hodgkins Lymphoma.

He left behind his wife, Regina, and two young children, Joaquin and Elena.

Regina said, "As a parent, what I think it will mean for them in the future is so exciting and so honoring to our family as they realize not everyone gets their name on a high school."

Justin was just 41 when he passed away, but he touched many lives not only at Central, but at previous stops at Sunnyside and Reedley High.

Superintendent Andrew Alvarado read one of Justin's favorite quotes, "When you do something and you have a greater purpose, people want to be a part of it. People want to do something that is bigger than themselves."

Under Coach Garza, the Central Grizzlies reached the valley championship game in 2012 and won the TRAC in 2013.

Regina Garza said, "I couldn't think of a greater way to honor him in this community."