Fresno LGBT hold vigil for K.C. Haggard, calls for an end to violence 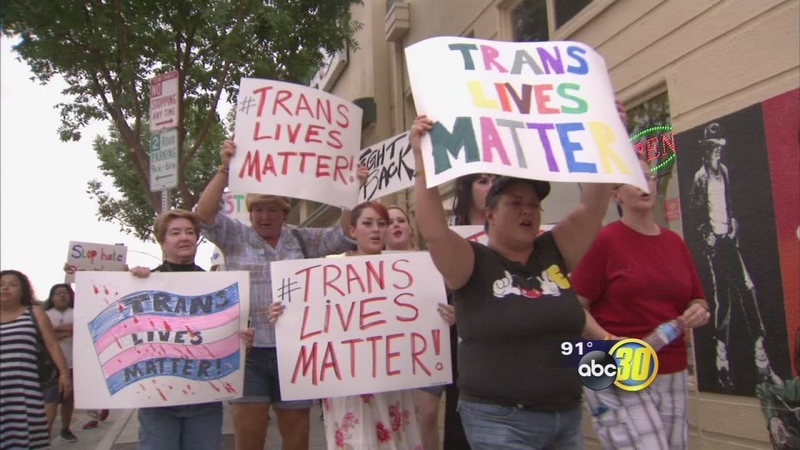 Fresno LGBT hold vigil for K.C. Haggard, calls for an end to violence

Haggard died last Thursday in the early morning hours after someone in a light-colored SUV stabbed her in the throat near Blackstone and Cornell.

Those at Thursday night's march and memorial remembering Haggard's life say her death is the 11th murder of a transgender woman this year, and that the violence needs to stop. They wore red to bring awareness to the violence, and marched from the LGBT Center to the Tower Theater, where there were speakers before a moment of silence. Zoyer Zyndel once gave a ride to Haggard, and describes her as shy and unthreatening.

"My regrets is that she didn't have more time living as her authentic self," Zyndel, a transgender activist said. "She just began living her new life, joining the community, participating in community events and meetings and so forth and (was) basically robbed of her life very soon and in a very heinous way."

TransCare Founder Karen Scott Adel says Haggard had changed her name to 'Casey,' and had attended a handful of meetings at the Fresno LGBT Center.