For generations, families in the city have enjoyed free summer concerts in the park.
KFSN
By Dale Yurong
KINGSBURG, Calif. (KFSN) -- Kingsburg is a town steeped in tradition.

For generations, families in the city have enjoyed free summer concerts in the park.

But the long-running summer favorite had to be canceled.

The sounds of the Kingsburg City Band have been silenced by the COVID-19 pandemic.

The summer concert series dates back to 1887 when the town was just 15 years old.

Families have packed into Kingsburg Memorial Park for an evening of music for decades.

Dale Engstrom has served as Band Director for the past 43 years.

Engstrom followed in his father Wally's footsteps as band director.

As many as 5,000 people would take in the concerts every June and July but not this year.

Keeping people safe was the priority.

The 60-member community band is made up of farmers, bankers, doctors as well as musicians. 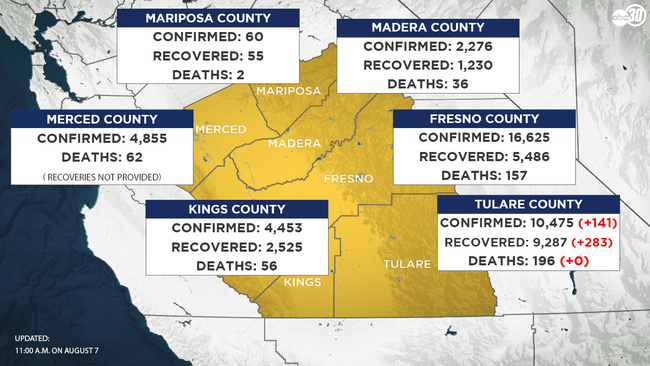