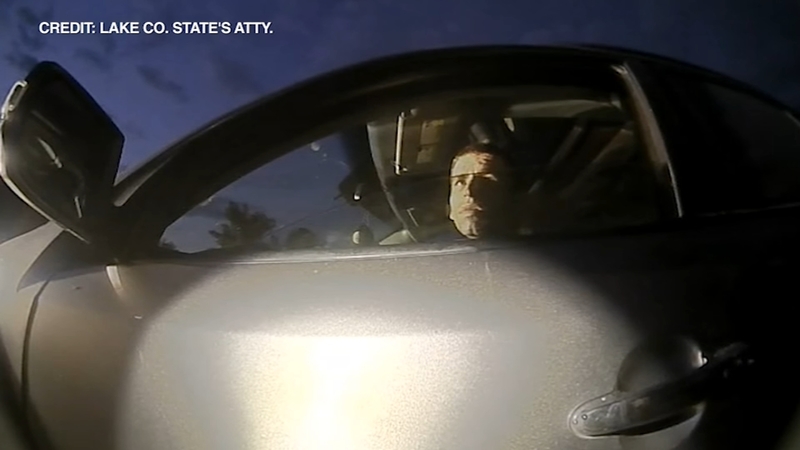 LAKEMOOR, Ill. -- Screams for help from a police officer in Illinois were captured on dramatic video as she struggled with a man wanted for murder.

The Lake County State's Attorney released both dashcam and bodycam video Monday night from a shooting in July 2018 that involved a man wanted in Pennsylvania. The officer fought for survival after the fugitive pulled a gun, so quickly there was barely time to react.

The life-or-death struggle in the predawn darkness happened on July 26 on a quiet gravel path.

In the video, Lakemoor Officer Brianna Tedesco approaches an SUV with out-of-state plates. The driver, who is asleep, tells her his name is James Dunkin.

But James Dunkin is in fact Kenneth Martell, wanted for murder in Pennsylvania. Tedesco writes down his plate number.

"They're not finding a DL, a driver's license record, for a James Dunkin. Do you have anything in the vehicle with your name on it?" she asks him.

Perhaps sensing he's been caught, Martell pulls his weapon on the officer. The struggle over the weapon lasts an agonizing 20 seconds. Martell also attempts to grab a second gun.

As Tedesco's backup arrives, an officer shoots Martell. He died at the scene.